It’s Not About Intention, It’s About Action 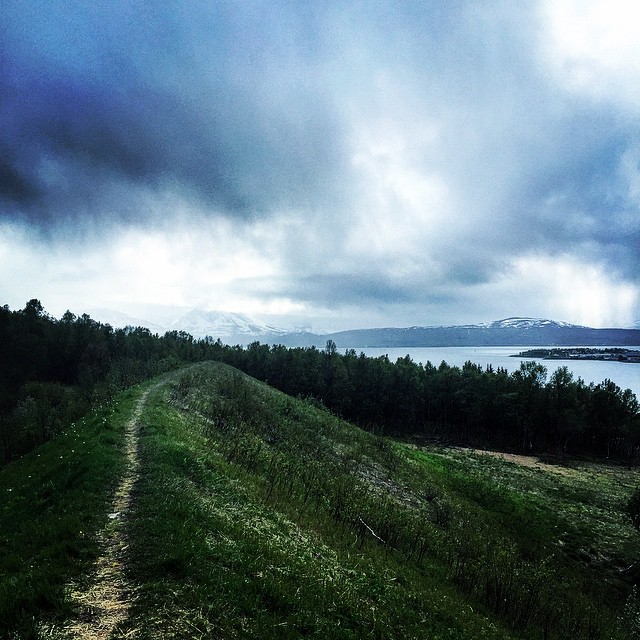 It’d be wonderful if it were true.

If we could, by the power of our thoughts, shape the world around us.

If we could manifest the reality we wanted, if “like attracted like” in our lives, just as opposites attract in magnets.

Needless to say, this is not true.

Actually, not “needless to say,” because the “Law of Attraction” is something that millions of people do believe in, despite that fact that it is, to put it mildly, complete horseshit. And it needs to be said.

My favorite example: In 2014, Rhonda Byrne, the author of The Secret—the famous book about the Law of Attraction—listed her Santa Barbara mansion for sale for some $23.5 million. A year later, she reduced it to $18.8. Then again to $14.9. Finally, after languishing for over five years, it sold for $13.6. 5 million less than she paid for it. 10 million less than she wanted for it.

Byrne still walked away with a lot of money, to be sure; but she also, as it happens, walked away with unfortunate proof that reality—in this case “manifesting” as the market—doesn’t care what you think. No amount of manifesting changes what something is worth. In fact, a reporter at The Wall Street Journal asked Rhonda Byrne why she didn’t just wish for her home to get the full asking price. It wasn’t a priority, she said, so she hadn’t “put in the time and energy.”

I guess that answer is a bit more palatable than admitting you’re a con artist.

Dave Chappelle’s joke was that Rhonda Byrne should fly to Africa and tell those starving children her secret. That all they need to do is just visualize some roast beef, some mashed potatoes, and some gravy. They’d beg her to stop filling their minds with delicious impossibilities. “No, no, no,” Chappelle says, pretending to be Byrnes, “the problem is you have a bad attitude about starving to death.”

There’s no science that says your thoughts can will reality into behaving how you wish it to. Or that thinking negative thoughts will invite negative outcomes. In fact, literally all of science contradicts this.

Here’s the tricky part: Our thoughts are extremely powerful. Our worldview does influence what we see. Telling yourself that something is possible or impossible can function as a kind of effective truth.

Much more rigorous and less mystical thinkers than the Secret gurus have known this for centuries. Marcus Aurelius said, “The things you think about determine the quality of your mind. Your soul takes the color of your thoughts.” He also said, “Our life is what our thoughts make it.”

To the Stoics, the discipline of perception was essential. If you saw the world as a negative, horrible place, if you saw other people as your enemies, if you believed that you were screwed, you were right. Marcus Aurelius didn’t believe you manifested the future through “energy,” but he did believe that you had the power right here and now to determine whether you’d be “harmed” by something. If you decided to see what happened as good, you could make it good.

The Stoics would say that our thoughts determine the character of the reality we live in. If you see the awfulness in everything, your life will feel awful—even if you are surrounded by wealth and success. If you have a growth mindset, if you consider the very real chance of adversity, you won’t be easily discouraged when you fail. If you find something to be grateful for in every situation, you will feel blessed and happy where others feel aggrieved or deprived.

The problem with the Law of Attraction is that it cuts both ways. By believing that thinking positively produces positive outcomes, it actually makes practitioners very vulnerable—because they will deliberately avoid thinking of potentially negative outcomes. And then guess what? When these outcomes do happen—because, well, life—they’re caught off guard.

That’s why the exercise of premeditatio malorum (“the premeditation of evils”) is not dangerous, as many Secret manifesters might fear, but the epitome of safe. “Rehearse them in your mind,” Seneca said, “exile, torture, war, shipwreck. All the terms of our human lot should be before our eyes.” The unexpecting are crushed, he said, the prepared, resolute.

Marcus Aurelius, via something he learned from Epictetus, would take a moment before he tucked his children in at night to linger briefly on their mortality. Writing in Meditations, he reveals that even two thousand years ago, some foolish people worried that this would be “tempting fate.” In fact, Marcus did tragically lose children, in line with the horrifying infant mortality rates of his time. But because he took the time to love his family, to be with them, while he had the chance, bottomless regret was not piled on top of unfathomable loss. In part because the loss was indeed fathomable, and Marcus had fathomed it on a nightly basis.

A Stoic is able to think positively because they know they can create positive outcomes with their actions. A Stoic isn’t afraid to think negatively either, because these thoughts help shape the actions they’re going to take (again, to create a positive outcome). They don’t wait for The Universe to line up perfectly with their vibrations and visualizations. They get moving. They assert agency. Action by action, Marcus said, no one can stop you from that.

Which is the part that people who believe in positive visualization ironically seem to miss. I always laugh when I see authors I know in the self-help world point to the successes they have manifested… when I saw how it actually happened: Hustle. Creativity. Commitment. The publicist they hired…

Russell Wilson is a big proponent of visualizing the outcome he wants to see. Is that what put a Super Bowl ring on his finger? No, it was the work. It was pass after pass after pass in practice. It was the hundreds of hours of film. It was pushing through injuries and doubters and losses.

Which does the credit lie? In the thoughts? Or the action?

The best part of this is that it’s no secret either. It’s just common sense.

To me, it’s all about habits. The actions you take every single day. I built Daily Stoic’s Habits for Success, Habits for Happiness Challenge to help people build better systems for a better life. It’s an awesome, six-week experience—inspired by the best habits from Marcus Aurelius, Seneca, Epictetus and my own life—that will help you ditch your bad habits for good and get you great new ones to replace them. Join us here. 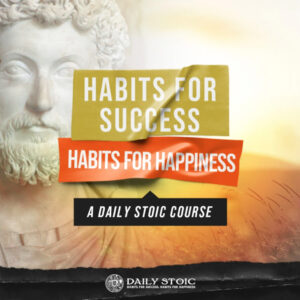 « Previous post
This Is Why Our Leaders Should Be Stoic
Next post »
Should We Cancel the Stoics?
Go to mobile version