This Is Why Our Leaders Should Be Stoic 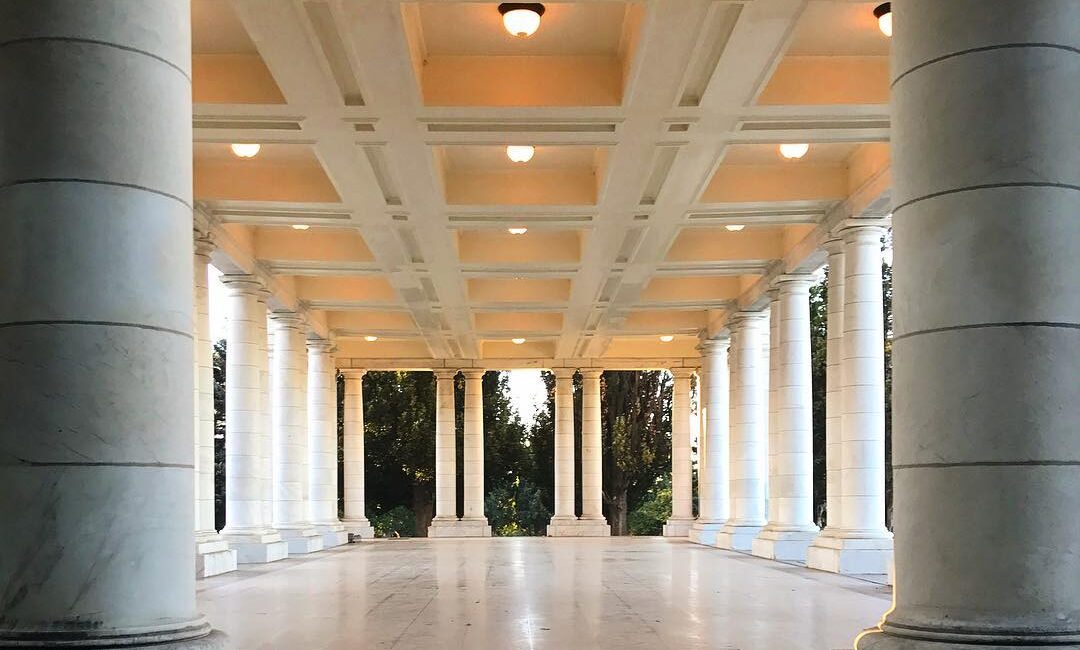 It was a dark time for the Republic.

Institutions had stopped working. Interminable foreign wars dragged on. Norms—the old way of doing things—seemed to have broken down. There had been election fixing and the passage of preposterous legislation. Corruption was endemic.

So when a certain popular politician reached out to a senator on the other side of the political aisle to dangle an offer that might make both of them more powerful, it might have seemed like more of the same.

Not to Cato, a philosopher-cum-politician. He wanted nothing to do with the powerful general Pompey’s attempt at an alliance via marriage—perhaps to Cato’s daughter or niece. Although the ladies of Cato’s household were excited at the prospect, Cato was decisively not.

“Go and tell Pompey,” he instructed the go-between, that “Cato is not to be captured by way of the women’s apartments.”

It’s one of those moments that seems admirable through its purity, and high-handedness. Politics shouldn’t be done that way; good for him for staying above it. Yet on closer inspection, it’s one that leaves the historian with considerable doubt. It was principled, but was it politically wise? Was it effective?

“None of these things perhaps would have happened,” Plutarch reminds us, “had not Cato been so afraid of the slight transgressions of Pompey as to allow him to commit the greatest of all, and add his power to that of another.”

Rome during this storm is an increasingly cliché reference point these days, but we turn to it because the parallels are there. Thousands of years have passed, and people are still people. Politics is still the same business. Cato remains, as he was then, a complicated figure who should both inspire and caution us.

Cato was a pioneer of the filibuster, blocking any legislation he believed contrary to the country’s interests—blocking even discussion of it. He condemned his enemies loudly and widely. He refused even the slightest political expediency. Cicero observed that Cato refused to accept that he lived amongst the “dregs of Romulus.”

His overweening purity became a vice unbecoming of a philosopher.

It also backed Caesar into a corner. It gave him the very evidence he needed to make his argument: The system isn’t working. I alone can fix it.

Politics can sometimes seem, especially from a distance, like a Manichean struggle between good and evil. In truth, there is always gray—and the good, even the Catos, are not always blameless. Cato’s inflexibility did not always well serve the public good.

At the same time, Cicero, a peer of Cato, provides an equally cautionary example. He was a believer in the republic, but he was also ambitious. He struggled to balance his personal ambitions with his love of Rome’s institutions. In politics, he said, it’s better to stand aside while others battle it out and then side with the winner. Yet he abhorred violence and corruption. After one brave citizen, an artist, stood up to Caesar’s face during a performance, Cicero offered to make room for him in the good seats. “I marvel, Cicero,” the man retorted, “you should be crowded, who usually sit on two stools.” Cicero tried to play it both ways and in the end, accomplished less than Cato—and still died just as tragically.

Does that mean it’s hopeless? That the path for politicians or disgusted citizens is either martyrdom or Vichy-like collaboration?

No, and although we tend to see philosophers as abstract or theoretically thinkers, in fact the Stoics who would come to lead Rome in the years to come learned much from this turbulent period.

Marcus Aurelius, who would step into Caesar’s shoes several generations later, wrote to remind himself that one could not “go around expecting Plato’s Republic.” He knew that it was essential to compromise and collaborate. For example, he historian Cassius Dio compliments Marcus Aurelius for his ability to get the best out of flawed advisors and reach across the so-called aisle to get things done.

Arius Didymus was the Stoic entrusted with advising Caesar’s heir, Octavian. A key element of his instruction was in the virtue of moderation. Although we tend to see “moderate” as a political slur today—just as Cato sometimes did—in truth, it is the key to successful leadership. Moderates are the grease that the wheels of government depend on, and their ability to compromise and accomplish things prevents the ascendency of fringe groups from seizing power for their own ends.

Seneca took this balancing act to even higher levels, managing to hold his nose well enough to get five productive and peaceful years out of the Nero regime. Nothing about that situation pleased him, yet it’s hard to argue that the period of Quinquennium Neronis, those first five years of Nero’s reign, wasn’t the best possible outcome of a bad situation.

George Washington, who took Cato as a personal hero, worked hard to manage his temper better than his idol. The job of a leader, he said, was not simply to follow rigid ideology, but to look at all events, all opportunities, all people through the “calm light of mild philosophy.” This phrase, despite being a phrase from a play about Cato, was quite difficult for the real Cato to follow. It was key to Washington’s greatness, however. His moderation and his self-restraint were what guided America through the revolution and its first constitutional crisis. In a single, tumultuous two-week period in 1797, historians have pointed out, Washington quoted that same line in three different letters. And later, in Washington’s greatest but probably least known moment, when he talked down the mutinous troops who were plotting to overthrow the U.S government at Newburgh, he quoted the same line again, as he urged them away from acting on their anger and frustration.

Unfortunately, we have lost our ability to speak to and study this kind of wisdom. The last time Stoic philosophy was brought to the public political stage, by the brave Admiral James Stockdale, it was all but laughed off for not playing well on television. Today, leaders and the social media mob have absorbed Cato’s stridency without his principles, not realizing what fodder this is for the Caesar’s and would-be Caesar’s of our own time.

It has been exciting to me to hear that a number of high ranking political leaders have been exploring Stoicism again. Former Secretary of Defense Mattis is said to travel with a copy of Meditations. I’ve been fortunate to discuss Stoicism with a number of senators in the Senate dining room and in the halls of Congress. But clearly, we remain amongst the dregs of Romulus, without a Washington or a Marcus Aurelius to lead us.

Philosophy in the ancient world was not something distinct from politics, nor should it be today. Philosophy, properly seen, is a framework to help guide politicians and leaders through the trying, difficult profession upon which so much depended. Stoics advised kings and held public office. They led armies and argued cases in front of high courts.

But who advises our politicians today? What code do they consult?

The Stoics in Rome and Greece experienced all the civil strife and difficulties that we are experiencing now (including, in Marcus Aurelius’s case, a decade and a half of a global pandemic). They didn’t always succeed, but they tried and they tried to learn from history—they studied history so they could better practice their philosophy with the lessons learned from the actions of others.

“It shapes and builds up the soul,” Seneca writes of philosophy, “it gives order to life, guides action, shows what should and shouldn’t be done—it sits at the rudder steering our course as we vacillate in uncertainties… Countless things happen every hour that require advice, and such advice is to be sought out in philosophy.”

Now, more than ever, what Stoicism can teach us is that art of moderation.

It’s not an easy task, but lest we go the way of Rome, we’ll need the calm, mild light of philosophy to guide us. 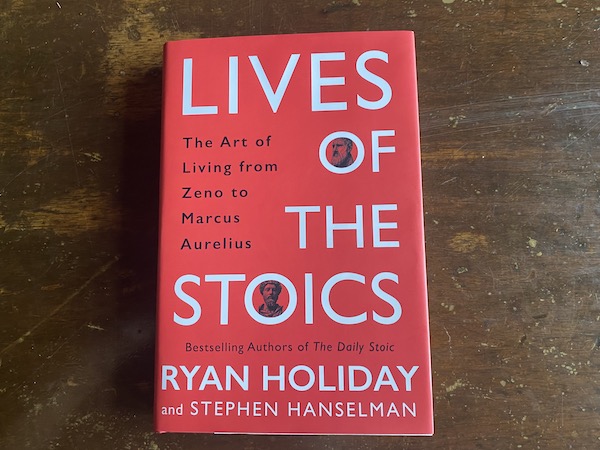 My new book, Lives of the Stoics: The Art of Living from Zeno to Marcus Aurelius, is a debut #1 best seller at The Wall Street Journal and New York Times. Check it out if you want to learn not only why we should not cancel the Stoics, but how urgent their lessons are to us in modern times.

« Previous post
Here’s How to Give Thanks—Not Once a Year—but Every Day
Next post »
It’s Not About Intention, It’s About Action
Go to mobile version