Should We Cancel the Stoics? 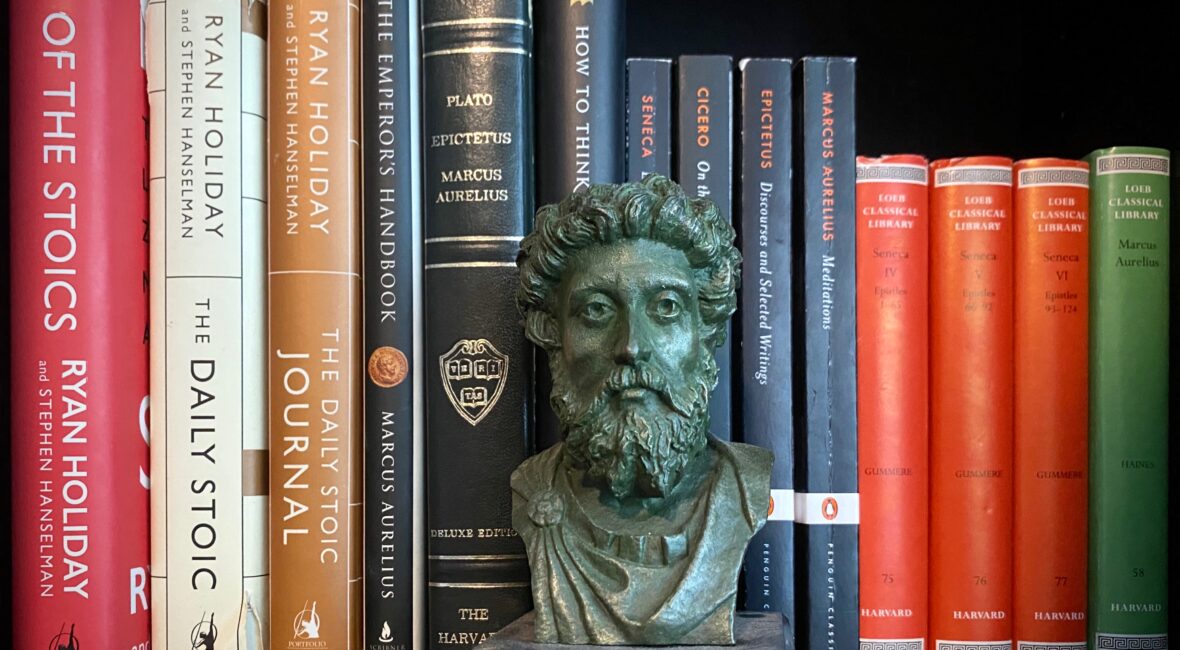 By most of what seems like the current criteria, the ancient Stoics are ripe targets for cancellation.

They were white. They were rich. They wrote about being “manly.” They even referred to foreigners as barbarians! Inexcusably, the philosophy at times argues for the now-heretical idea of accepting that certain parts of life—like other people’s opinions—may in fact be, gasp, outside our control.

But even allowing for this political incorrectness, it’s indisputable: The Stoics owned slaves. They fought in wars of aggression. They were implicated in the persecution of Christians. It’s hard to defend Seneca’s years inside Nero’s regime.

So should we cancel them? Ban them from schools? Do the students at Brown know that the replica of Marcus Aurelius which sits on their campus was put there by a Gilded Age robber baron? Maybe the Twitter mob will demand action.

Thankfully, there haven’t been too many calls to do this… yet. I suspect it will come soon enough. After all, The New York Times is already worried about the trend of wealthy entrepreneurs “determined to make themselves miserable” via Stoicism. A Quartz headline claimed that Silicon Valley is “using an ancient philosophy designed for Greek slaves as a life hack,” egged on by a Cambridge professor who seems intent to link Stoicism to Donald Trump. Even the Ayn Rand Institute has joined in, not just writing a piece titled The False Promise of Stoicism, but spending a sizable ad budget to promote the piece to any curious soul who dares google Marcus Aurelius or Epictetus.

I hope we do not cancel the Stoics, and not only because this is the philosophy I have been lucky enough to write about and introduce to groups from NATO forces to NFL teams. I say this because the more I study Stoicism, the more I find that it possesses the exact formula for getting society out of this polarized, selfish, and deranged mess in which it’s currently submerged.

First, we should stop with this “old white guys” stereotype, because it’s not even true. The Stoics, unique among the philosophers, hailed from the far-flung corners of the known world, from Cyprus, Turkey, Egypt, Libya, Syria, Spain, and Iraq. Some were rich, but many were poor. Epictetus was a slave. Cleanthes made his living as a manual laborer. He also wrote a book titled On the Thesis That Virtue Is the Same in a Man and a Woman, a tradition that modern female Stoics like Arianna Huffington, Michele Tayofa, and the musician Camila Cabello help prove today.

But the primary knock against Stoicism—often propagated by academics who should know better—is that the philosophy is apathetic. Sure, Marcus Aurelius talked about the “art of acquiescence,” but that was to things—like the weather or the loss of a loved one—outside our control. But he also spoke of the importance of serving and protecting the common good more than eighty times in his brief Meditations. The idea that the Stoics were indifferent to current or political events is preposterous, not only because Cato held multiple public offices, Panaetius was a diplomat, Publius Rutilius Rufus was an anti-corruption crusader, and more recently Admiral James Stockdale ran for Vice President.

Seneca and Thrasea and Helvidius all died defying Nero’s tyranny (and Porcia Cato, daughter of Cato the Younger, committed suicide rather than submit to the Second Triumvirate). In fact, it was their example, alongside the earlier example of Cato, that inspired the Founding Fathers to start the American Revolution. George Washington even put on a play about him in the bitter winter at Valley Forge. It was a translator of Epictetus, Thomas Wentworth Higginson, who raised and led one of the first black regiments for the Union in the Civil War.

The image of the resigned Stoic, indifferent to suffering and injustices of the world, is a preposterous strawman that modern critics of Stoicism have repeated enough times that it feels true… when really, all the evidence is to the contrary. (The third of Stoicism’s four main virtues is literally “justice.”)

So if the Stoics were not just rich white guys dedicated to preserving the status quo, who were they?

They were flesh-and-blood human beings—good ones, ones we should be trying to model ourselves on and inspiring our children to do the same. One of Seneca’s best quotes echoes down to us today: “Wherever there’s another human being, there is an opportunity for kindness.” This was a man born just four years before Jesus, who in the same empire as Christ, was saying things like “Nature bore us related to one another… She instilled in us a mutual love and made us compatible… Let us hold everything in common; we stem from a common source.”

Epictetus’s lectures on mental freedom, developed while he himself was a slave, would go on to inspire James Stockdale while he was a POW as well as the Haitian revolutionary Toussaint Louverture. Marcus Aurelius remains one of history’s few exceptions to the idea that absolute power corrupts absolutely. This was a man who sold off the treasures of the imperial palace during the Antonine Plague in order to pay off Rome’s debts. This was a man who opens Meditations by thanking one of his Stoic teachers for helping him understand the importance of a “society of equal laws, governed by equality of status and of speech, and of rules who respect the liberty of their subjects above all else.” This leadership was also deeply instructive to General James Mattis, who carries a copy of Meditations with him always. As he told a group of cadets at the Virginia Military Institute,

Marcus Aurelius had a very tough life… He’s the Emperor of Rome but he’s got everything going wrong in his home life. His wife and his son were not people that you’d want to spend much time with. He spends almost all of his time up on the fringes of the Empire trying to protect the thing and the one time he leaves the German forest seems to be to go kill one of his friends who’s revolted against him in another place. It was a tough life and yet the humility and the dignity with which he conducted his life—the commitment to his country, to his troops, really comes through as you read those pages.

In short, he did the best he could. Just like you and I are trying to do.

The purpose of Stoicism was to help human beings become better, to rise above their circumstances. Did they always succeed? Were they perfect practitioners? Did they manage to meet our modern expectations and morals always? Of course not.

But who has time to complain or judge that? Instead, we should remember Marcus Aurelius’s famous dictum—edited only to be slightly less gender-specific—that we must “waste no more time arguing what a good person should be. Be one.”