If You’re Not Seeking Out Challenges, How Are You Going to Get Better? 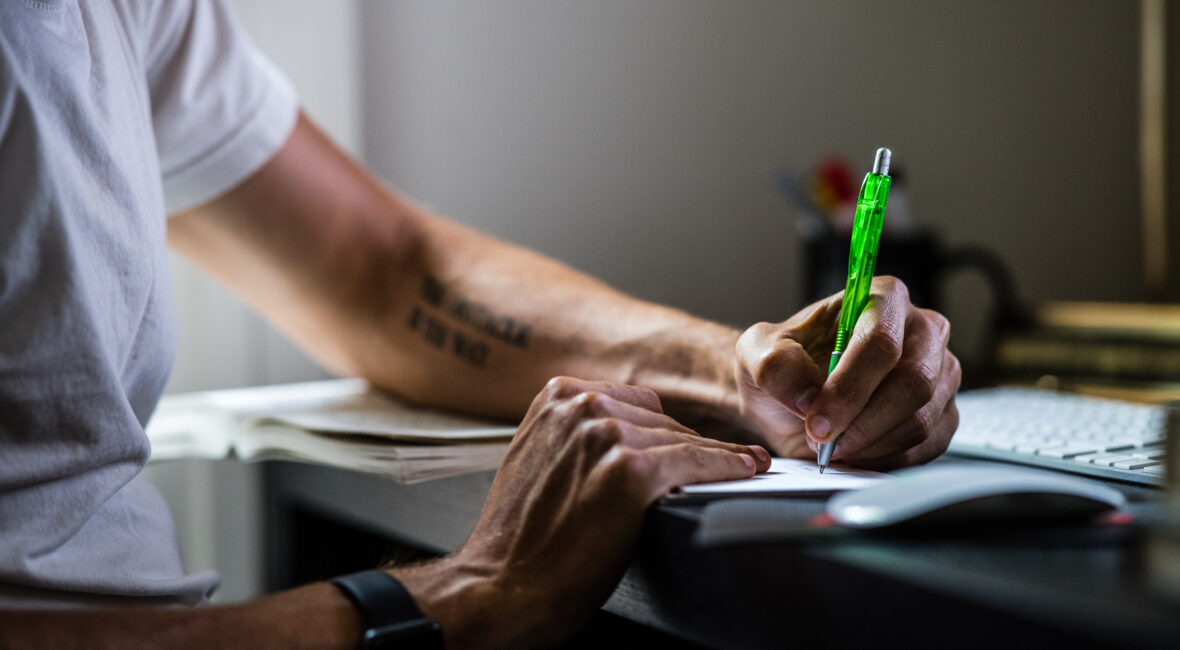 If it’s easy, you’re not growing.

It’s like lifting weights: if you can do it without trying, you’re not going to get any stronger.

The whole point—of life, of working out, of work—is to push yourself, and to grow as a result of pushing against and through that resistance.

A couple years ago, after a book signing, someone proposed to me that I might write a book about the billionaire Peter Thiel’s conspiracy against Gawker Media and its founder, Nick Denton.

There were more reasons to say no than yes: It was outside my wheelhouse; it would be a ton of work; it would be the kind of project that would upset a lot of people. And frankly, it was personally quite risky… to be writing about a powerful gossip merchant and a right-wing billionaire who had just shut down a media outlet he didn’t like.

I was also just about to have my first kid and it seemed like it would be terribly difficult to manage a newborn and a new kind of book… particularly one that required me to read something like 20,000 pages of legal documents just to get started.

So you can imagine what I said. I said yes.

Although I knew it would be hard, and I knew that it might not work, I could also see that it might be the most interesting thing I ever did. And if it did work, it would be a book unlike almost any other I’d ever write. But mostly, I said yes because a writer betrays their craft if they do not push themselves.

One of my favorite passages in Meditations is this one:

Practice even what seems impossible. The left hand is useless at almost everything, for lack of practice. But it guides the reins better than the right. From practice.

Not everything that’s hard is good of course, but almost everything good is hard. Think about all the things you’re good at. There was a time when you weren’t good at them, right? When they were hard. But you worked at it. Despite feeling deficient and frustrated, and fighting the urge to quit, you saw a glimpse of goodness, you clawed out a bit of progress, you felt a glimmer of confidence, and you chose to keep at it. To keep pushing. And you grew from the fight against the resistance.

Even more, you found something on the other side of it all—a you that you realized you didn’t entirely know and had possibly never met. You learned something incredibly valuable about yourself: you’re capable of more than you know.

In my writing career, I have grown from each of the challenges I took up. I was asked to write a piece about Stoicism for Tim Ferriss’ website in 2009—one of the first times my work would be in front of a large audience. Tim is a tough editor and I grew for having that experience. The things I wrote and researched for Robert Greene were so beyond my depths that I was constantly worried I’d be exposed as a fool, but with time, I grew—because of the material and ideas I was exposed to. My first book was like flying off a cliff without a parachute and trying to build a plane on the way down… I made it but just barely.

In 2016, having reaped the benefits of those decisions, I was sitting in a nice, comfortable spot. I had two books under contract, nearly finished. I had a backlist that was selling. I had a niche applying ancient philosophy basically all to myself.

So when I got those two surprise emails, first from the billionaire Peter Thiel and later from the founder of Gawker Media, Nick Denton, the decision to write a book about them was essentially gambling all those gains. If it didn’t work, wouldn’t it set me way back in the business? Wasn’t it very likely that I would fail with this project? Isn’t narrative non-fiction a totally different genre than what I know how to do? Isn’t it insane to compete with those other pros?

Perhaps, I thought, but there is also almost no chance that I won’t emerge as a better writer. That was why I jumped at the chance. Forget the business logic. I figured it would make me better at my calling and that was reason enough to do it.

I got down to work.

It was even harder than I thought. It kicked my ass. It made me feel stupid. I doubted myself everyday.

But when I emerged, to paraphrase Marcus Aurelius, my left hand was now stronger. It could guide the reins… my practice had seen to that.

When the book came out, it received rave reviews. The New York Times called it “a profound masterwork,” said I was a “genius” and had written “a helluva pageturner.” (I’ll take it!) Its movie rights were optioned (I can’t say who will play Peter Thiel, but it should be very cool). That was all good.

From a sales perspective, it was slower-going. The book has done very well but has struggled to find its own audience for exactly the reason some people warned me not to take the project on. It was different. It was weird. It wasn’t what people expected from me. It didn’t fit in a nice neat box.

Yet neither this success nor this struggle is why I look at that book as a massive win for me.

Defining it early on as an opportunity for growth meant that I controlled the outcome. Even if it had sold another 100,000 copies it would not have made it more successful to me—because the success is there for me on the page. It’s in my mind. It’s in my toolkit, which I am using right now on this article.

I got better because it was hard. Because I took a risk. Because there was so much resistance.

This is the essence of “the obstacle is the way” philosophy of Stoicism. Each obstacle, everything that goes wrong is just an opportunity to practice a virtue—to give you a chance to work with your non-dominant hand. One obstacle gives you a chance to practice controlling your temper, another perseverance, another a chance to take a long walk through the park. There is always something you can do.

You are going to face plenty of little crossroads—decisions about how to do things and what things to do. Should you walk the 15 minutes to your meeting or take an Uber? Should you pick up the phone and have that difficult conversation or leave it to an email? Should you apologize and take responsibility or hope it goes unnoticed? Should you swim in the outdoor pool or enjoy the warmth of the indoor one?

As you weigh these competing options, lean towards the hard one. Let it steer you away from the drift of least resistance. Seneca talked about how a person who skates through life without being tested and challenged is actually depriving themselves of opportunities to grow and improve.

Jump into the colder pool. Have the tougher conversation. Walk instead of drive. Take ownership where you can. Choose the more difficult option. Seek out the challenge. Lean into it.

You’ll be better for it—not only for the improvement that comes from the challenge itself, but for the willpower you are developing by choosing that option on purpose. When you have two choices, choose the one that challenges you the most.

Choose the one, as Marcus would agree, that allows you to take the reins in any situation.

« Previous post
The Best Career Advice I’ve Ever Gotten
Next post »
Every Situation Has Two Handles. Which One Will You Grab?