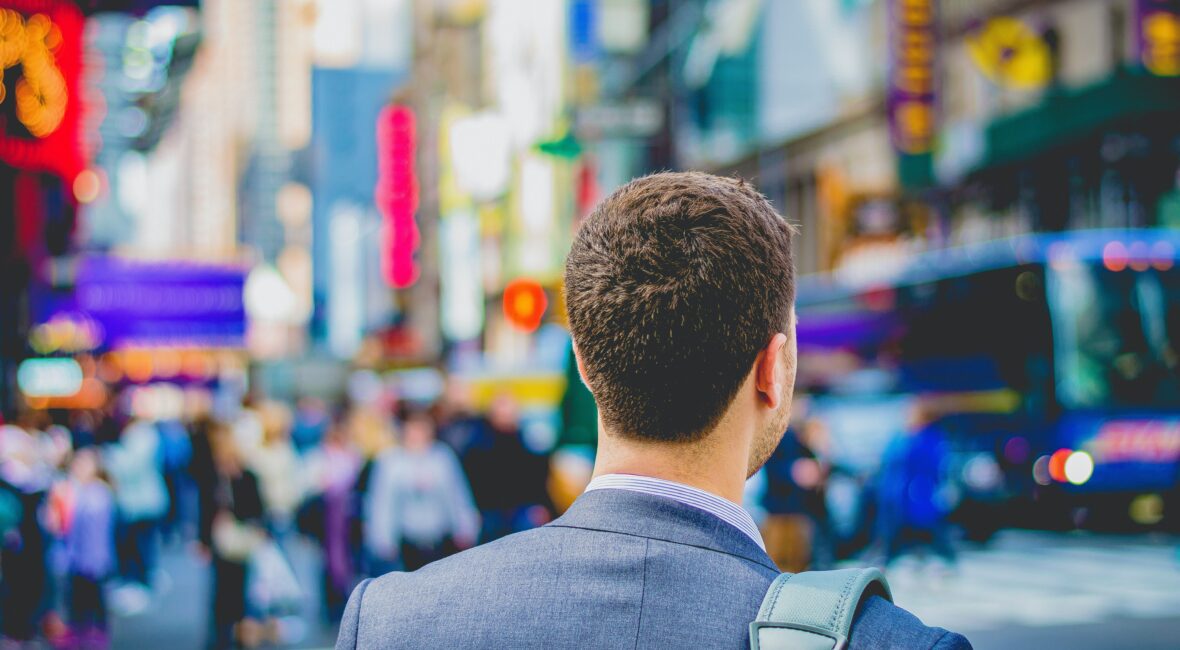 At the height of the financial crisis in 1975, Bill Belichick—the now six-time Super Bowl-winning head coach of the New England Patriots—was 23 years old and unemployed. Desperate for a job in football after an assistant position fell through, according to his biographer David Halberstam, he wrote some 250 letters to college and professional football coaches. Nothing came of it except a unpaid job for the Baltimore Colts.

The Colts’ head coach desperately needed someone for the one part of the job everyone else disliked: analyzing film.

Most people would have hated this job, especially back then, but it turned out to be the springboard through which the greatest coach in football was launched into his legendary career.

In this lowly position, Belichick thrived on what was considered grunt work, asked for it, and strove to become the best at precisely what others thought they were too good for. “He was like a sponge, taking it all in, listening to everything,” one coach said. “You gave him an assignment and he disappeared into a room and you didn’t see him again until it was done, and then he wanted to do more,” said another.

Most importantly, he made the other coaches look good. His insights gave them things they could give their players. It gave them an edge they would take credit for exploiting in the game.

It’s a strategy that all of us ought to follow, whatever stage of our careers we happen to be in. Forget credit. Do the work.

I’m lucky enough someone told me that early on, and I still try to follow it today. Don’t worry about credit, they said. Starting as an assistant in Hollywood, the best thing I could do was make my boss look good.

Forget credit so hard, they said, that you’re glad when other people get it instead of you.

It ended up being pretty decent advice, but it was nowhere near the right wording. I certainly wouldn’t have moved upwards as quickly as I have if I’d just sat there and worked on the way people thought about my boss.

Now that I’ve been around a bit, I think a better way to express it would be:

Find canvases for other people to paint on.

It’s what I now call the canvas strategy.

I used it as a research assistant for bestselling authors. I used it as Head of Marketing for American Apparel. And I continue to use it with my company Brass Check, advising companies like Google and Complex, as well as multi-platinum musicians and some of the biggest authors in the world.

I even wrote a chapter about it in Ego Is the Enemy.

One of the things I kept coming across in my research was that Belichick wasn’t unique. So many of the greats—everyone from Michelangelo to Leonardo da Vinci to Benjamin Franklin—used the same strategy to become great. The strategy? The canvas strategy.

In the Roman system of art and science, there existed a concept for which we have only a partial analog. Successful businessmen, politicians and rich playboys would subsidize certain favored writers, artists, and performers.

More than just being paid to produce works of art, these artists performed a number of tasks in exchange for protection, food and gifts. One of the roles was that of an anteambulo, literally meaning one who clears the path.

An anteambulo proceeded in front of his patron anywhere they traveled in Rome, making way, communicating messages, and generally making the patron’s life easier. The artists who did this were rewarded with stipends and commissions that allowed them to pursue their art.

It’s a common attitude that transcends generations and societies—the angry, underappreciated geniuses forced to do stuff she doesn’t like for people she doesn’t respect as she makes her way in the world. How dare they force me to grovel like this. The injustice, the waste.

But when you enter a new field, we can usually be sure of a few things:

There’s one fabulous way to work all of that out of your system:

Attach yourself to people in organizations who are already successful and subsume your identity into theirs and move both forward simultaneously.

It’s certainly more glamorous to pursue your own glory, though hardly as effective. Obeisance is the way forward. That’s the other side of this attitude. It reduces your ego at a critical time in your career, letting you absorb everything you can without the obstructions that block other’s vision and progress.

Imagine if for every person you met you thought of some way to help them, something you could do for them, and you looked at it in a way that entirely benefitted them and not you. The cumulative effect this would have overtime would be profound.

You would learn a great deal by solving diverse problems.

You’d develop a reputation for being indispensable.

You’d have an enormous bank of favors to call upon down the road.

That’s what the canvas strategy is about—helping yourself by helping others, making a concerted effort to trade your short term gratification for a longer term payoff.

Whereas everyone else wants to get credit and be respected, you could forget credit. Let others take their credit on credit while you defer and earn interest on the principle.

The strategy part of it is the hardest. It’s easy to be bitter, to hate even the thought of subservience, to despise those who have more means, more experience, more status than you, to tell yourself that every second not spent doing your work or working on yourself is a waste of your gift to insist, I will not be demeaned like this.

Once we fight this emotional and egotistical impulse, the canvas strategy is easy. The iterations are endless.

In other words, discover opportunities to promote their creativity, find outlets and people for collaboration, and eliminate distractions that hinder their progress and focus. It’s a rewarding and infinitely scalable power strategy. Consider each one an investment in relationships and in your own development.

If you pick up this mantle once, you’ll see what most people’s egos prevent them from appreciating. The person who clears the path ultimately controls its direction, just as the canvas shapes the painting.

« Previous post
It’s Not About Routine, but About Practice
Next post »
If You’re Not Seeking Out Challenges, How Are You Going to Get Better?