If You Try To Do Everything, You Won’t Do Anything 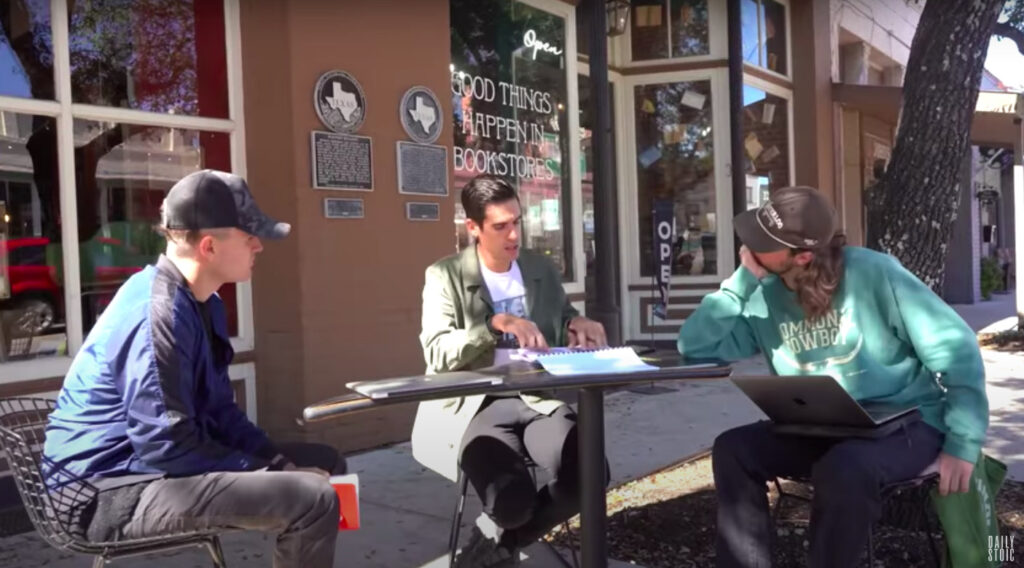 In 1956 Harry Belafonte placed a call to Coretta Scott King. With her husband arrested once again, he wanted to check in with her and see how she was doing and what the movement might need. Except they could barely carry on a conversation, because Coretta kept being pulled away from the phone to attend to one of the children, to check on dinner, to answer the door.

Sensing she was doing this—and far too much at that—all alone, Belafonte politely asked why the Kings did not have any help at home. Well, she told him, Martin simply would not permit it. Not only because it was financially prohibitive on a minister’s salary, but also because he was worried what others might think. That he was self-important, enriching himself at the expense of the cause, living the high life while millions of blacks suffered.

“That is absolutely ridiculous,” Belafonte replied. “He’s here in the middle of this movement doing all of these things, and he’s going to get caught up in what people are going to think if he has somebody helping you?” Then he informed Ms. King that from this moment forward, their life was changing. He was going to personally pay for staff—and that Martin had absolutely no say in the matter.

This wasn’t just a nice gesture to an overworked family. It was also a strategic move. What Belafonte was buying Martin and Coretta was time. It was peace of mind. He understood that with this help, they would have more energy, more focus for the cause. The last thing he wanted Martin to be thinking about as he marched for peace and justice was whether his kids had a ride home from school.

A glutton isn’t just someone who eats or drinks too much. Some of us are also gluttons for punishment. Gluttons for attention. Gluttons for control. It can come from a good place, as it did for Martin Luther King Jr. We feel obligated. We feel bad spending money. We feel guilty asking for help. It doesn’t matter the source though, because the outcome is the same: We wear ourselves down.

You have to be able to pass the ball…especially when somebody is open and has a better shot.

I was fortunate to learn this early in my career. One of my first jobs as a writer was as a research assistant to Robert Greene, who not only trained and showed me how the writing process works, but taught me an even more important part in the process: That even someone great and talented and self-sufficient doesn’t do it all by himself (this is also in The 48 Laws of Power, expressed more ominously as “Let others do all the work, take all the credit”).

When I started having some success as a writer myself, one of the first things I did was hire a research assistant. I have been quite open and up front about this (my current researcher is Billy Oppenheimer—he has a great newsletter you can subscribe to) and yet still people ask how do you put out so much content? How do you juggle it all? How do you do it all?

The answer is, I don’t. I have a team. Just in the way that I don’t do the international edition of my books, I have people who help translate what I’ve done into different mediums. This article itself is an example. I tell the Belafonte story in Discipline is Destiny, I’ve written about hiring help in Daily Dad emails (which you can sign up for here), and I’ve talked about my team on podcasts. So my research assistant gathered all of those pieces, strung them together, which allowed me to spend my time polishing and tweaking it before I put it out in the world.

Yes, cumulatively, it has become quite expensive to pay for help (literally hundreds of thousands of dollars a year at this point). But the true cost would be the quality and quantity of content I couldn’t have created, the time I wouldn’t have had with my family, the energy I wouldn’t still have to do what I do.

While this all might sound a little privileged, I am not saying “Oh everyone should have an enormous team behind them”—though in a fair world that would be great. If you can’t afford to hire someone, the good news is there is a much cheaper option, something that successful and busy people also do. It’s called: Automation.

Some people hire an accountant or a financial advisor to handle their retirement and savings accounts. Just as easily, you can use the automation features in something like Wealthfront. Some people have a personal assistant manage tasks for their business or social media for them. Just as easily, you can use software like Buffer or IFTTT to automate routine tasks for you. Some people complain about what a pain their inbox is to manage. Just as easily they can set up filters and folders or use tools that block their spam or unsubscribe them from marketing emails. Some people spend hours a month opening mail, paying bills and doing administrative paperwork. Just as easily they can sign up for paperless billing, or auto-schedule payments.

Almost everything we do as responsible adults in the world is set up inefficiently. By improving our systems, we buy ourselves time and energy. And then with this time and energy, we are able to be better at what we do, to get more done, to be more present for the people who depend on us.

It doesn’t make sense to try to do everything yourself. You have to delegate and automate. You have to find people who are good at things and empower them to help you. You have to be strong enough to hand over the keys, to relinquish control, to develop a system—an organization—that is bigger than just us. Our willpower is not enough.We shouldn’t have to just gut it out. We need to share.

That is, if you’re trying to scale. Trying to build or do something that matters, something bigger than just us.

Going back to the cost of not delegating, King was once asked by an interviewer what he would do with an uninterrupted week of rest. After scoffing at the pure impossibility of such a thing, given the injustices of the world and the demands of the Civil Rights Movement at the time, King explained,

“If I had the luxury of an entire week, I would spend it meditating and reading, refreshing myself spiritually and intellectually…Amidst the struggle, amidst the frustrations, amidst the endless work, I often reflect that I am forever giving–never pausing to take in. I feel urgently the need for even an hour of time to get away, to withdraw, to refuel. I need more time to think through what is being done, to take time out from the mechanics of the movement, to reflect on the meaning of the movement.”

What brilliant ideas or breakthroughs might have come had King been sooner and better able to do that? At the end of King’s short life, who reflects back and is happy about the time he spent doing things he didn’t need to be doing? We are all the worse for it.

It’s time to ask yourself that question too: What would you manage to do with a week like that? An hour? A little help that would allow you to carve out the space?

And, what steps are you taking, who are you delegating to, what are you automating, to make that possible?

Today’s email is sponsored by Hiya, the pediatrician-approved superpowered chewable vitamin created by two dads tired of children’s vitamins that cause more problems than they solve.

We’ve worked out an exclusive offer with Hiya for their best selling children’s vitamin. Ryan’s RSS subscribers receive 50% off your first order. To claim this deal click this link and your discount will automatically be applied at checkout.