Fight to Be Who Philosophy Wants You to Be 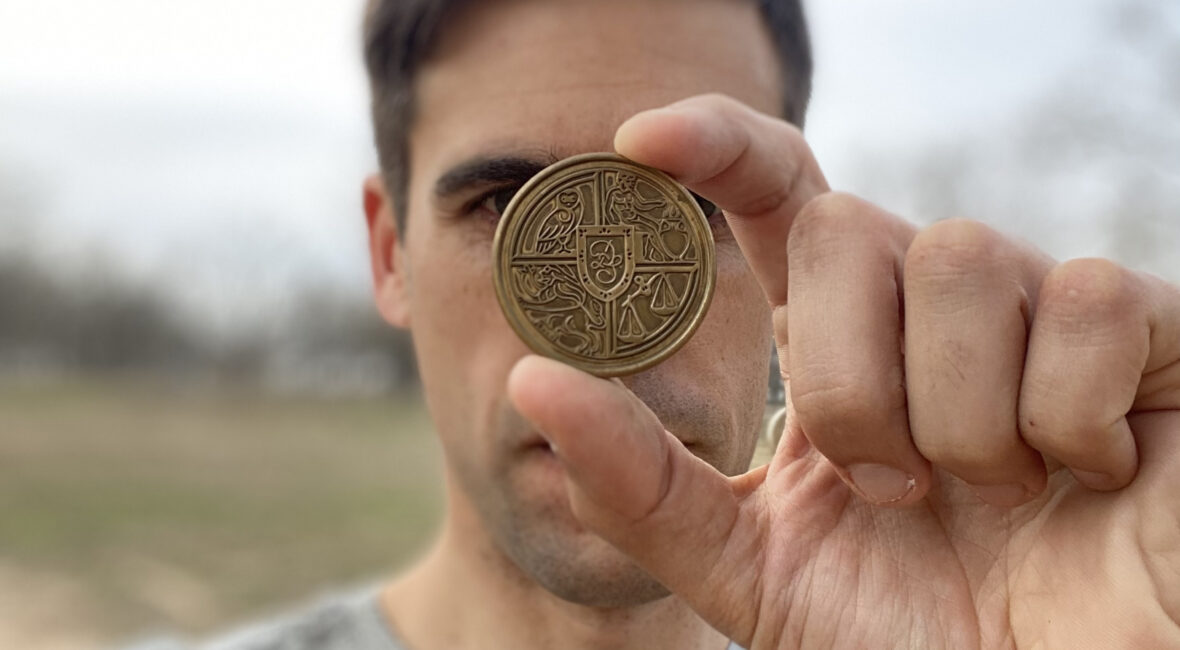 Like all of us, there was a part of Marcus Aurelius that wanted to be good and a part that inclined towards something worse.

He had ideals, he had a temper. He had ambitions—some of which were selfless and some of which were selfish. He made commitments—as a father, a spouse, a leader—and then he also had urges and drives as a human being. There was a part of him that was lazy and a part of him that was hardworking. He was a good person and then he was given absolute power… which we know has the incredible power to corrupt.

Martin Luther King Jr. would talk about how each of us has a Northern and Southern soul, and that these two halves, like America for most of its history, are in a war with each other. And if you know anything about the life of Martin Luther King Jr, you know that as great and magnificent and wise and brave and just as he was, there was a baser part of him, too. And these parts are in conflict with each other.

This was true for Marcus Aurelius. It’s true for you too.

I guess the first step in winning that fight is defining our objectives. After all, the North won the Civil War because Lincoln and Grant actually had a strategy. So, who exactly are we fighting to be? What does philosophy want from us?

Who was that person Marcus was fighting to be? Who was he actively practicing his philosophy to become?

Marcus answers this later in Meditations, where he lists “epithets for the self,” which include:

We could add the Four Stoic Virtues to that list too:

That’s who philosophy wants us to be. That’s who we want to be–who we know we’re supposed to be. But that’s the easy part. The hard part is living up to those epithets. Epictetus, one of Marcus’ favorite philosophers, said, “Don’t explain your philosophy. Embody it.”

How do you do that? How do you embody your philosophy, especially when it’s tempting not to? I’ve found some ways in my own life, and in studying the lives of the Stoics.

The first: it’s important to have touchstones. I carry this coin in my pocket. The front features four elements representing the Four Virtues: a lion (Courage), a man sprinkling water into a jug of wine (Temperance), a set of scales (Justice), and an owl (Wisdom). It was actually manufactured at an old mint that first made the AA sobriety chips. Bill Westman’s advice when he created them was to carry one “in your pocket or purse and when temptation is great, reach into your pocket and feel the medallion and remember your struggle to get this far.”

I like that. When I reach into my pocket and feel the coin, it reminds me who I want to be. Those are the traits I want to embody in this decision that I’m making, this opportunity I’m pursuing, this risk I’m about to take, this stressful and difficult moment I’m in.

Next, Seneca said we have to choose ourselves a Cato. He says, “Choose someone whose way of life as well as words, and whose very face as mirroring the character that lies behind it, have won your approval. Be always pointing him out to yourself either as your guardian or as your model.” Choose someone who you want to be like, and then constantly ask yourself: what would they do in this situation?

In Seneca’s last moment, when Nero comes to kill him, it’s Cato that Seneca channels. It’s where he gets his strength. Even though Seneca had fallen short of his writings in a lot of ways, in the moment it mattered most, he drew on Cato and became as great as philosophy could have ever hoped for him to be.

Without a ruler, Seneca said, you can’t make crooked straight. This is what I was trying to write about in Lives of the Stoics. I wanted to show how the Stoics actually lived, so that we can try to make crooked straight against that. The quotes and the writings are one thing… I like to have a model. What would Marcus do here? What would Epictetus think? How would Cato have responded?  When we are trying to fight to be who philosophy wants us to be, it’s good to have somebody who embodied that, who lived up to it, who we can think about in those situations.

Another important part of this is stopping to reflect on your progress. If you’re just winging it through life, if you’re just going day-to-day, how are going to know if you are actually getting closer to who you want to be? For Marcus Aurelius, Meditations was his hand-to-hand spiritual sparring partner. It’s in that journal where we see Marcus trying to become who philosophy was trying to make him. He was writing in these pages every day about where he was falling short, about what he could do better, and reminding himself what his philosophy taught and wanted from him. We see his struggles. We see sometimes the Northern part of his soul won. But other times, the Southern part won. We see him fighting to get back to the Northern part, picking himself up when he fails.

This is important. It’s an ongoing war that you’re fighting. And it can’t just be in your head. Epictetus said, “Every day and night keep thoughts like these at hand—write them, read them aloud, talk to yourself and others about them.” That’s what journaling is. That’s how I think of journaling: it’s me actively fighting to be the person that philosophy wants me to be. So each morning, usually after a long walk, I go to my office and pull out three small notebooks. In the first one—a small blue gold leafed notebook—I write one sentence about the day that just passed. In the next, a black moleskine, I journal two quick pages about yesterday’s workout (how far I ran or swam), what work I did, any notable occurrences, and some lines about what I am grateful for, what I want to get better at, and where I am succeeding. And then finally, I pick up The Daily Stoic Journal, which was created around the Stoic methodology of preparing for your day in the morning and reviewing your day in the evening.

This is what Seneca did. In a letter to his brother, he said he waited for his wife to go to sleep before he journaled on a few questions: Did I do things I said I was going to do? Did I hold myself to the standard I said I was going to hold myself to? How can I be better tomorrow? He wasn’t doing this for career purposes. He was interrogating and analyzing and holding himself accountable and looking at what he could do better and where he’s not looking up to the philosophy.

These exercises are great, but there’s one other important thing: It’s easy to be the person philosophy wants you to be in your own little bubble. But can you do it in the real world? Can you do it when the world is fighting back against you?

It would have been easy for Marcus to just focus on his studies. He knew that more was demanded.  “Throw away your books,” Marcus wrote. Get active in life’s purpose now, he said. The Stoics talked derisively about the so-called “pen-and-ink philosophers”—the academic philosophers, the sophists. When Marcus is fighting to be the person philosophy tried to make him, it’s on the ultimate testing ground. It’s as the Emperor, the ruler of the known world. It’s against this force that never before hadn’t succeeded in corrupting absolutely. He’s not just talking about philosophy in the classroom. He’s having to actually live it. He’s actively engaged in the world.

If the purpose of Stoicism is to get to a place of equanimity and peace and poise and self-discipline, sure you can do that by retreating to a monastery. I get some semblance of that at my farm outside of town. But if I disengage from the world and retreat to my fantasy world, I’m not being the person Stoicism wants me to be. Stoicism says we have to be active—we have to participate in politics, we have to try to make the world a better place, we have to serve the common good where we can. You can’t run away from these things. The battle can’t just be an academic one. It can’t just be a battle in your mind. It has to be a battle you’re actively engaged in—in the world, in your job, in the community, in your neighborhood, in your country, in the time and place that you live.

We know what philosophy wants us to be—Upright. Modest. Straightforward. Sane. Cooperative. Courageous. Temperate. Just. Wise. We know who are inspirations are—we have a Cato, a Marcus Aurelius, a grandfather, a grandmother, a great athlete, a leader in your field. You know who you are trying to be.

The reality is: we will fall short. We all will. The important thing is that we pick ourselves back up when we do. As one Japanese proverb says: fall down seven times, get up eight. Marcus said it too. “When jarred, unavoidably, by circumstances,” he wrote, “revert at once to yourself, and don’t lose the rhythm more than you can help. You’ll have a better grasp of the harmony if you keep on going back to it.” You’re going to have an impulse to give in. Your temper is going to get the best of you. Fear will get the best of you. Ambition might lead you astray. But you always have the ability to realize that that is not who you want to be, that is not what you were put here to do, that is not who your philosophy wants you to be.

That’s when you fight your way back.

That’s the real lesson: this is a lifelong fight we are in. Marcus even talks about it towards the end of Meditations. He asks himself, How old are you? How much longer are you going to keep falling short? When are you going to get this together? It was the battle of his life. Up until the day he died, he was struggling with this. But he always kept fighting.

And that’s what we have to do. That’s what I’m trying to do. That’s why I’ve taken to signing it in books. Fight to be the person philosophy wants you to be. Fight for those virtues. Fight against your Southern soul—it will win if you don’t give it everything you got.

I’ll leave you with one final reminder from Marcus:

The art of living is more like wrestling than dancing, because an artful life requires being prepared to meet and withstand sudden and unexpected attacks.

It’s just interesting to think that he was most worried about attacks not from the outside… but from the inside.

« Previous post
100 (Short) Rules for a Better Life
Next post »
How to Read More: 8 Reasons and 7 Strategies to Read More Books