25 Things I’ve Learned From a Decade of Podcasts 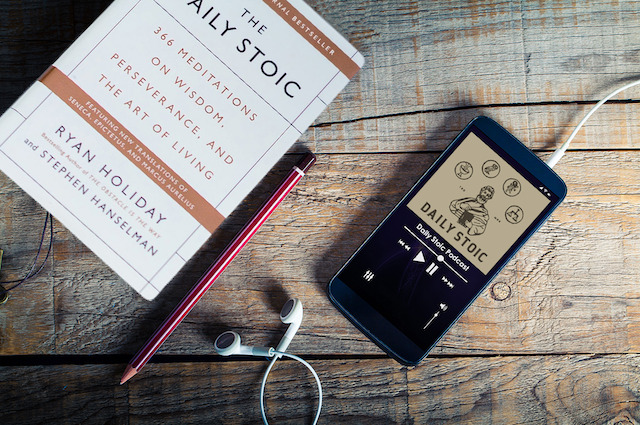 In his letters—the pre-digital medium for distant long-form conversation—Seneca instructs his friend Lucilius to find one thing each day that will fortify him against death, despair, fear, or adversity. Just one thing. One nugget. And that’s what most of Seneca’s letters to his friend are about. They have a quote in them. Or a little prescription. Or a story. But in each case, Seneca is explicit. Here’s your lesson for the day, he says. Here’s your one thing.

Obviously that’s the logic behind the daily emails I write (Daily Stoic and Daily Dad) but it’s also the way I try to live. Every time I listen to a podcast or record one myself, I try to walk away having grabbed at least one little thing. That’s how wisdom is accumulated—piece by piece, day by day, book by book, podcast by podcast.

So today, I wanted to honor that Stoic process by sharing some of the lessons I’ve picked up over a couple thousand hours of listening to podcasts, being interviewed on podcasts, and interviewing people for the Daily Stoic podcast (which you can subscribe to here and here). And with over 30 million downloads of Daily Stoic’s episodes so far, I get really excited to think about how much cumulative knowledge that’s created for people.

But here’s some top-line stuff you can use right now:

The line from Zeno was that we were given two ears and one mouth for a reason. That reason? To listen more than we talk.

Today and everyday, we should try to honor the Stoic virtue of wisdom. Get your one thing.

You can subscribe to the Daily Stoic Podcast here (Daily Dad here). Also, we have signed copies of all of my Stoic books (including the limited leatherbound edition of The Daily Stoic) available at Daily Stoic’s web store.