Why We Need a Statue of Responsibility 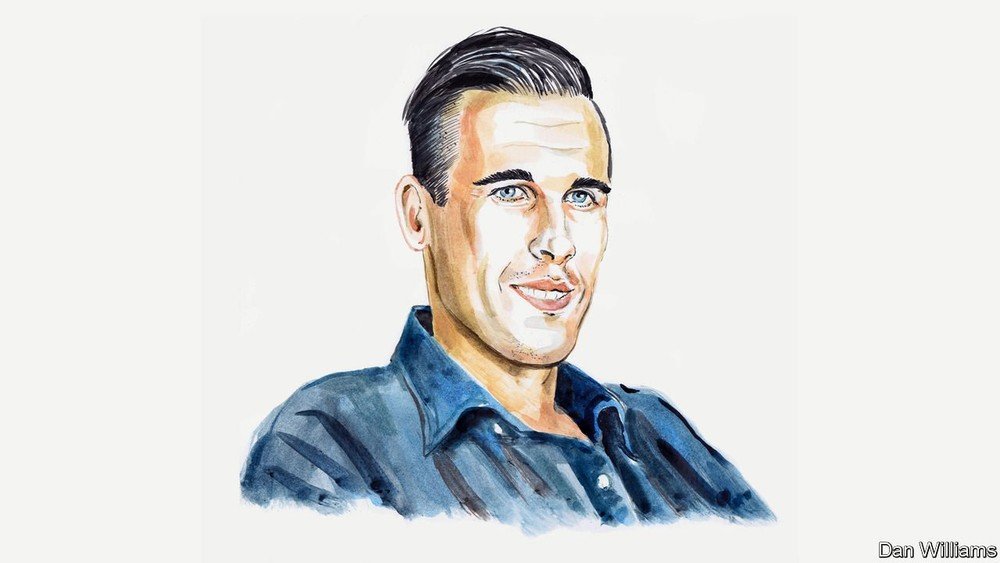 I was honored to have been asked to write a piece for the By Invitation series in The Economist, they couldn’t run all of it, so I thought I’d send the longer version here. Enjoy!

The Statue of liberty was a gift from France to America, commemorating the two nations’ friendship and shared love of freedom. Completed in 1886, it marked one of the world’s first, successful crowdfunding projects. The famous poem “The New Colossus” by Emma Lazarus, mounted in bronze inside the pedestal (“Give me your tired, your poor / Your huddled masses yearning to breathe free…”), was written for the campaign. Over $100,000 was raised from more than 120,000 donors, including schoolchildren who collected pennies.

The end result has towered not just over New York Harbour and the millions of immigrants who passed by, but also over Americans’ view of themselves. It is a symbolic representation of the country’s foremost ideal, individual liberty. That value of freedom undergirds every newspaper article, church sermon and street demonstration—and is invoked whenever someone refuses to wear a face mask during a pandemic or accept a vaccine.

And yet what most people don’t know is that around 75 years after the statue was inaugurated, another statue was proposed, its “twin” so to speak, to be erected on the other side of the country in San Francisco Bay. Called the Statue of Responsibility, it was meant to symbolise the flipside of America’s prized virtue, the inherent obligations that come with a free society.

The idea was the brainchild of Viktor Frankl. In 1942 at the age of 37, Frankl, a psychologist, was deported from Vienna to the first of four concentration camps, where his father died of pneumonia, his mother and brother were gassed and his wife died of typhus. He ended up in Auschwitz. Within months of his liberation, over a nine-day period, he wrote the book that became Man’s Search for Meaning. In it, he tried to make sense of the evil he experienced and articulated the importance of having a goal to live for.

In 1962, when he revised the book for an American edition and, with the passage of time, had reflected more on the experience, he wrote:

Freedom, however, is not the last word. Freedom is only part of the story and half of the truth. Freedom is but the negative aspect of the whole phenomenon whose positive aspect is responsibleness. In fact, freedom is in danger of degenerating into mere arbitrariness unless it is lived in terms of responsibleness. That is why I recommend that the Statue of Liberty on the East Coast be supplemented by a Statue of Responsibility on the West Coast.

Since then, his vision has been taken up by two nonprofit groups, The Responsibility Foundation and the Statue Of Responsibility Foundation, both with the blessing of his second wife, Elly Frankl. Among the latter group’s backers was the late Stephen Covey, a business professor and author of “The 7 Habits of Highly Effective People”. Covey commissioned a sculptor, Gary Lee Price, who designed a 300-foot statue of two arms clasping each other by the wrist—a bond among individuals unshakably gripped together.

Several locations have been suggested. One is on Alcatraz Island (which as a former maximum-security prison probably provides the wrong symbolism). A more inspiring choice is Angel Island, which sits around four miles off of San Francisco and served as an immigration-processing centre for more than half a million new residents between 1910 and 1940. So far, both projects have stalled.

Mrs Frankl, at 95 and living in Vienna, notes that her husband’s idea for a statue was meant as a thought experiment. “He was surprised and flattered when he heard of the project. I don’t think he ever expected to be taken literally,” she said in an interview, conducted through Alex Vesely, their grandson and a board director of the Viktor Frankl Institute. “Many people talk for hours and say very little, but he had this gift of speaking the truth with a few simple words. He coined this phrase to make a point,” she said.

What makes Viktor Frankl’s idea so appropriate is that, as he understood, liberty begets responsibility; that with freedom comes the need for self-control and an obligation to think of others, not just oneself. That is what Frankl alluded to when he wrote that freedom is “only part of the story and half of the truth”.

The pandemic—with its ludicrous protests against face masks and vaccines in the name of freedom—has been a painful illustration of the costs to society when people fail to understand liberty’s flipside. Research has found, for instance, that private birthday parties were large drivers of COVID-19 infections and that the irresponsibility was not limited to one side of the political spectrum. People thought that because it happened behind closed doors…it didn’t count.

We don’t have a freedom problem: we have a responsibility problem.

What does it mean to be responsible? Perhaps no better explanation of this duty has been given than by Hyman Rickover, the father of the nuclear navy, who came to America through Ellis Island as an immigrant in 1906. “Responsibility is a unique concept,” the admiral said in testimony to Congress after decades of tireless service, “it may only reside and inhere in a single individual. You may share it with others, but your portion is not diminished. You may delegate it, but it is still with you. You may disclaim it, but you cannot divest yourself of it. Even if you do not recognize it or admit its presence, you cannot escape it. If responsibility is rightfully yours, no evasion, ignorance, or passing the blame can shift the burden to someone else. Unless you can point your finger at the man who is responsible when something goes wrong, then you have never had anyone really responsible.”

Responsibility means understanding yourself as belonging to something larger than yourself: accepting a duty to do right regardless of the cost. To the Stoics, the branch of classical Greek and Roman philosophy that I study, our responsibility was to our character and to the common good—a dual loyalty, much in the way Frankl wanted two statues to commemorate two concomitant values.

Statues are totems to our values. We erect them not just to honour the past but to remind the present. The great Athenian orator Demosthenes once reminded an audience that previous generations did not put up monuments to recognise their own achievements but to spur people to greater deeds in the future. Yet sometimes the past and present collide.

Around the world, people have begun to look uneasily at the statues in their cities, parks and campuses. In Belgium, some monuments to Leo pold II, the coloniser king, have been removed. In Britain a heavy, bronze statue of Edward Colston—merchant, philanthropist, slave trader—was pulled down and pushed into Bristol Harbour. I was in New Orleans when enormous cranes removed the statue of the Confederate general Robert E. Lee, which stood near the entrance to the French Quarter. And I spent considerable time and money to remove a loathsome, century-old Confederate monument (celebrating “our noble white souled Southland”) from the lawn of a county courthouse in the small Texas town where I live.

Although many of us can agree that statues of colonisers, murderers and traitors should go, it has long struck me as peculiar that we have little sense of what should be there instead. America in particular has struggled to put up statues of late. It took more than 20 years to plan and erect the Dwight D. Eisenhower Memorial, a set of bronzes in Washington, DC. The Martin Luther King Jr Memorial, in a park next to the National Mall, is not even ten years old—yet plans for it began shortly after his assassination in 1968.

Reading to my four-year-old the wonderful children’s book about the Statue of Liberty, Her Right Foot by Dave Eggers, I was struck by his insight that Lady Liberty is depicted in motion, taking a step forward. Like him, I had seen the statue hundreds of times, but never noticed that her feet are not stationary but striding. Liberty is on the move—she uses her freedom. There’s no time for standing still, she’s got work to do.

So too the Statue of Responsibility should be active, symbolising what we ought do, individually and collectively, to act cooperatively on the major challenges of our time. “We are humans, given a heart and a brain. This makes us responsible,” says Mrs Frankl. “There are tasks waiting for us.”

Amid covid-19, some people ran away from their responsibilities while others ran toward them—selflessly, courageously. Millions did their duty quietly and without complaint and never ended up in the news. We should celebrate and immortalise the values that create a responsible society. We should bind it to our cultural consciousness as we did liberty. Those who proclaim their freedom but ignore their responsibility aren’t being heroic but self-centred and irresponsible. They are misusing the gift they have been given.

That is what lies behind Viktor Frankl’s observation that “freedom is in danger of degenerating into mere arbitrariness unless it is lived in terms of responsibleness.” Imagine how different the response to the pandemic might have been if the value that Americans looked up to wasn’t just liberty for themselves but responsibility for each other.