Can You Be Still? 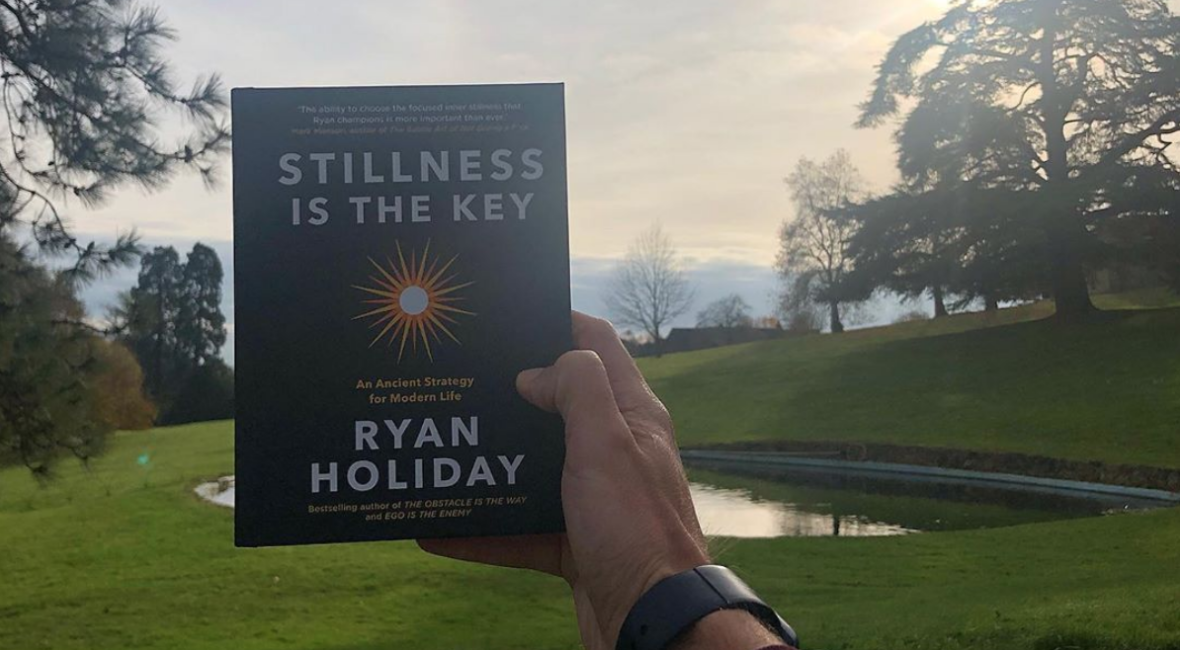 Odysseus is the greatest hero in all of literature.

He fights for ten years at Troy and then, in a stroke of brilliance, manages to end the war with a clever trick.

Then for another ten years he fights his way home—facing storms, temptation, a Cyclops, deadly whirlpools, food shortages, the underworld, and a six-headed monster to return to his beloved wife and son.

Arriving in Ithaca, Odysseus finds his kingdom drained by thirsty suitors who will not leave. One against 100 men vying to court his wife—he defeats them all, returning to the bed and the woman and the boy he had missed so badly.

A true hero, no? A timeless icon of perseverance, commitment and duty.

Or maybe not. Maybe Odysseus is a tragic figure. Maybe he’s someone to pity. Because in reality—to the extent there is realness in all myths—he’s actually a broken, selfish addict.

It’s easy to miss unless you read all the way to the end of the poem. In fact, in some translations it’s cut off. In others it is simply ignored.

See, the first thing a normal healthy person would do upon returning home from such an epic odyssey, would be to celebrate, to breathe a sigh of relief, to enjoy it. But what does Odysseus do? He doesn’t express gratitude to the gods for guiding his journey. He doesn’t take a well-deserved rest or appreciate all that remains—including his sweet wife, his only child and his aging father—despite his prolonged absence.

Instead he seizes this moment, as Emily Wilson beautifully translates, to deliver this insane speech to his long-suffering wife:

But now we have returned to our own bed,

As we both longed to do. You must look after

My property inside the house. Meanwhile,

I have to go on raids, to steal replacements

For all the sheep those swaggering suitors killed,

And get the other Greeks to give me more,

until I fill my folds.

Twenty years away… and the first thing he wants to do is leave again! How sad is that? How tortured a mind must be to make that priority number one?

You sit with that scene for a moment and you begin to realize that maybe it wasn’t fate that caused all these problems for Odysseus, it was his own restlessness. It was his inability to be still. The monsters he fought and fled on the long journey home weren’t external, they were internal. And then you realize the truth of what the Stoics said: there’s a fine line between being courageous and being reckless.

If you’ve ever read the Tennyson poem about Odysseus, this last oft-ignored bit from Homer’s version might shine a whole different light on what Tennyson was actually getting at. It’s not that Odysseus is the brave striver, who refuses to yield, “made weak by time and fate, but strong in will.” It’s actually that he’s addicted to the road, to work, incapable of peace. Tennyson wasn’t praising Odysseus, he was weeping for him, damning him with his own nature:

Yet all experience is an arch wherethro’

For ever and forever when I move.

How dull it is to pause, to make an end,

To rust unburnish’d, not to shine in use!

‘T is not too late to seek a newer world.

Push off, and sitting well in order smite

The sounding furrows; for my purpose holds

To sail beyond the sunset, and the baths

Of all the western stars, until I die.

Of course, Odysseus isn’t unique. He is us. He’s the human condition in a nutshell. As Blaise Pascal put it, “all of humanity’s problems stem from our inability to sit quietly in a room.” Because we cannot be happy, because we can’t just be, we waste years of our life.

We go begging for trouble. We invent problems. We busy ourselves. We neglect our families. We flee, as Seneca once put it, from ourselves. Then we justify it, pride ourselves on it, point to our restlessness and call it ambition or responsibility.

There is a haunting clip of Joan Rivers, well into her seventies, already one of the most accomplished and respected and talented comedians of all time, in which she is asked why she keeps working, why she is always on the road, always looking for more gigs. Telling the interviewer about the fear that drives her, she holds up an empty calendar. “If my book ever looked like this, it would mean that nobody wants me, that everything I ever tried to do in life didn’t work. Nobody cared and I’ve been totally forgotten.” Here is someone who thinks she is nothing and doesn’t matter if she isn’t doing something for even a few days. It’s one of the saddest things a person has ever said without realizing it.

The Odyssey, like this unwitting admission from Rivers, is a cautionary tale. It is a beautifully epic reminder that stillness is the key to that which we all seek. “People try to get away from it all,” Marcus Aurelius said, “to the country, to the beach, to the mountains. You always wish that you could too. Which is idiotic: you can get away from it anytime you like. By going within. Nowhere you can go is more peaceful—more free of interruptions—than your own soul.” There, said the man who had the means and the power to justify doing anything and going anywhere, is where you “reach utter stillness.”

Stillness is how you connect to yourself and others. Stillness is where true happiness comes from.

Indeed, that’s the mistake the ceaselessly busy make. They think they are better for the frenzy, in fact, it’s the moments of stillness that afford them the ability to be so busy. Stillness was where Joan Rivers did her best writing—no one can write without quiet and reflection. Stillness, ironically, is how Odysseus waited out six-headed monsters and ship-swallowing storms. It wasn’t in rushing out to sea or to the next meeting or to the next opportunity. Stillness was how he connected with Penelope, it was the marriage bed he had made for them, that he so brilliantly described that made her realize that this unrecognizable man was the husband who had been gone so long.

The events of the world have conspired in this moment to demand that you ask yourself:

Where is all this rushing taking you? What direction was Odysseus pointing his ship? We are rushing toward death. A life of restlessness is not what we’re after. A life filled with endless activity… in the end, it is nothing. That’s not where meaning comes from.

No one is saying that Odysseus should just lay back and lounge for the rest of his life—but if he can’t take even a few minutes with his family after that long of an absence, something is wrong with him. Turns out the war with Troy was the sideshow—the real battle was in this guy’s head and heart… fought against the fear of not doing something, of not being in motion constantly, of the mistaken prospect that to be still was to be dead. And so it is for you.

We fight the curse of ambition and drive.