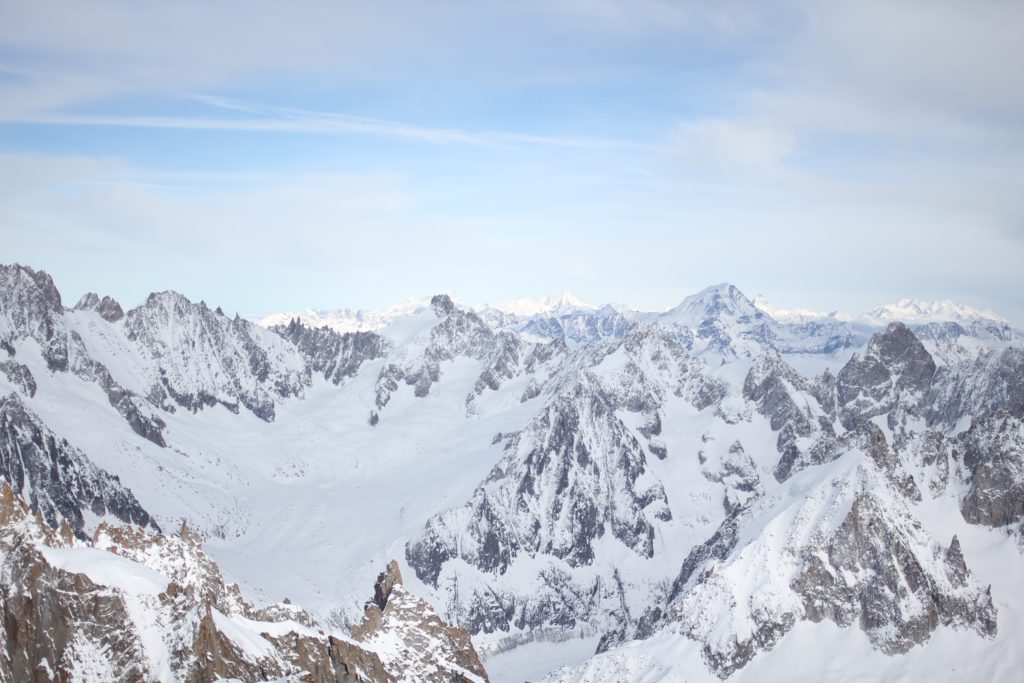 In every off-season teams in every sport begin a strange ritual. Prospective coaches are flown in to meet with management about open positions — sometimes they convene at the stadium, in nondescript conference rooms, or the cabin of the owner’s plane. Whatever the locale, the scene is usually thus: The ambitious coach strides in, sits down, and reveals themselves to be one of two types.

In 1994, the relatively young Nick Saban, then the defensive coordinator under head coach Bill Belichick for the Cleveland Browns, presented himself at 5 pm sharp to a conference room at the Detroit airport. Inside, Michigan State Spartans key personnel had one question on their mind: Is this our guy? Saban’s biographer then explains what happened: “He placed a yellow legal pad filled with pages of handwritten notes on the table, and immediately took control of the interview.” Saban was in charge and detailed exactly what he was planning to do, to the point of specifically listing the assistants he was going to hire. It was all part of the elaborate program he had in mind for the team.

Similarly, as Ray Didinger and Robert S. Lyons write in their book about the Philadelphia Eagles, coach Andy Reid showed up to his interview with the owner and president of the team with,

“a six-inch-thick binder full of detailed notes on everything from how to organize a training camp to what players should wear on team charters. Reid collected the notes over his 16 years as a coach, starting in 1982 as a graduate assistant at Brigham Young under LaVell Edwards and continuing through his seven seasons in Green Bay […] Everything those coaches did well, Reid wrote down and studied, hoping one day he would have a chance to run his own show. When Lurie called, Reid was ready.”

Needless to say, both men got the positions.

Ramit Sethi has called this the “Briefcase Technique,”saying that the best job applicants wait for a moment right after the pleasantries have ended and the basic information about the position has been explained. It is here, after they have answered just enough questions to establish comfort and trust, that they reveal how much research they have done prior to showing up, by explaining all the things they’ve learned about the business, how they intend to improve it and exactly why they’re the right person for the job. This move, done politely but confidently, immediately separates them from all the other potential hires.

Why? Because most of those hires just showed up and sat in that exact same chair and did nothing remarkable. They did what most of us for most of our lives do: wing it. They reacted. They made up their answers on the spot. They let the interview dictate events rather than seize control of it — rather than earnestly make a pitch for what they think they can do.

I think another part of this is that we are often afraid of putting ourselves out there and being rejected, so we think, “Well, I’ll just go and see what happens, but I won’t really try. I’ll wait until they hire me.” None of this is conscious of course. We tell ourselves we don’t have time to prepare too much because we have other things going on, or we tell ourselves we’re not going to prepare because we haven’t been paid yet. Better to improvise, to tell yourself you don’t really care either way, and then see what happens, than it is to really wantsomething, to prepare and fail.

Yet the fact is that our lives can be defined by these moments of earnest ambition.

When researching for my book Conspiracy, which details a nine-year conspiracy by the billionaire Peter Thiel to destroy a media outlet, I was shocked to find that this nearly incredible process was put in motion by a 26-year-old taking out and opening a metaphorical briefcase on a table at a fancy restaurant in Berlin. It was on April 6th, 2011, that a young man (who I refer to in the book as “Mr. A”) lucked into a meeting with Peter Thiel. As soon as the food had been ordered and the butterflies had settled, he seized the moment.

It would have been an intimidating moment to grab ahold of. He’s sitting down for a one-on-one evening with a man worth, by 2011, some $1.5 billion and who owns a significant chunk of the biggest social network in the world, on whose board of directors he also sits. Thiel is a man who is notoriously averse to what a friend would deem “casual bar talk.” He’s a critical thinker, a certified genius and a wily contrarian. With his stomach tight and every nerve and synapse firing, Mr. A would go for it.

Unlocking that figurative briefcase on the table, he begins, “Okay, I know what you think about Gawker, here’s what I am proposing. . . .” Ambition and opportunity have collided and the kid in front of Thiel is proposing a solution to that problem that Thiel has set upon trying to solve: Peter should create a shell company to hire former investigative reporters and lawyers to find causes of action against Gawker, the media outlet in question. Gawker has written thousands of articles about thousands of people; it must have made a mistake somewhere. Mr. A’s proposal is more than just an idea, it’s a comprehensive, structured plan: he has researched some names, he had a timeline and a budget.

Three to five years and $10 million.

And when Peter pauses to think the idea over, his initial reaction is not positive — it’s too hard, the situation is too complex, nothing can be done — Mr. A had the stones to double down and call him out: “Peter, if everyone thought that way, what would the world look like?”

Peter would tell me how refreshing it was to hear that, how he more or less decided on the spot to back this kid — to give him $10 million dollars of a budget and a $25,000 a month salary — because of that response. Everyone else Peter had talked to had been thinking incremental, they had been defeatists and Thiel had almost come to internalize their view. Yet Mr. A had a big idea, and he’d put the work into figuring out how to make it a reality.

So while this meeting is an interesting footnote in an insane series of events, it should also prompt some questioning. Or at least it does for me. When I hear stories like this, I like to consider: How differently it might have gone if he had showed up at the meeting unprepared? What if Mr. A had just thrown out some ideas off the top of his head and let that be it? What if Nick Saban had let Michigan State take control of the interview, if he hadn’t spent those hours filling out those legal pads? The answer, I think, is obvious: Their careers would have not turned out the same way. We would not be talking about them here in this article — or more importantly, on the world’s stage where their work is so often done.

The question those questions then provoke is this: What opportunities have we left on the table in our own lives by failing to do the same? I can think of an easy one off the top of my head. In college, I interviewed at a powerhouse music PR firm. I remember very vividly going and buying a suit, taking it to be tailored, asking my parents for money to pay for it all. And as laughable as wearing a suit to that interview was, the most laughable thing was that I thought thatwas what mattered. Preparing for the interview, by actually putting something together to say in the room? I don’t think the thought even occurred to me. I remember another job interview, at the talent agency where I would get my start, when I showed up (thankfully) more casually attired, but also essentially winged it. I ended up getting the job, but what if my future boss had been in a bad mood, what if he had been more skeptical of me than he was, I would have been screwed! I wouldn’t be sitting here writing this to you. Even though it worked out, I cringe now at the stupid risk I took.

More ruefully, I also think about how many dinners I’ve been to over the years with powerful and important people. I think now about the times I have been in Mr. A’s shoes, whether it was a randomly scheduled phone call or a green room before a talk. I think about the incredible people whose company I have been lucky enough to be in. In all those encounters, most of which I had plenty of advance notice of, many times did I do anything more than breeze in and hope my winning personality was enough? In how many of them did I really put myself out there?

Not that I am disappointed with where I am, it’s just that this is something we don’t think about enough. We might regret missed opportunities here or there, but rarely do we have the self-awareness and insight to see the opportunities we missed turning into opportunities because we were too lazy, too scared, too entitled to do the work to turn them into opportunities in the first place.

They were trees falling in the woods we never heard. Paths that might have made all the difference but whose forks we were too blind to see.

I love the Briefcase Technique because, sure, it’s about confidence and about knowing your shit, but mostly it’s about being willing to actually take a swing at something. To truly put yourself out there — to try.

And not just try how other people try, but to try way harder. Every day I get emails from kids who want a mentor or a job or want to know how to get those things. On the one hand I am impressed that they took the risk to send the note, that’s something. But it also surprises me how similar the notes are. They said, “I want to work for you for free.” Or “I would like for you to be my mentor.” They rarely say what the person thinks they can do, or where they think my needs overlap with their skills. They don’t have specific questions they think I could help them answer (which is what mentoring is), they just thought the note was enough. I remember one well-meaning young guy who flew to Austin from Australia to meet me. I was disturbed by that, and yet disturbed even more when I gave him a few minutes and he asked me things I had answered thirty times already on podcasts. I would never have flown across the world to unpleasantly surprise someone at home…but if I did, you can believe my briefcase would have been filled with questions that justified the trip.

Now, it’s not always going to work. You’re still going to get the door slammed in your face. You’re going to get get blown off or politely listened to and then ignored. In fact, most of the time this is probably what will happen. There are just as many stories about coaches or ambitious upstarts who were laughed out of the room or passed over for someone more qualified, more connected, more “deserving.”

But when it does work? Well, your whole life will change.

This was originally published on Thought Catalog.