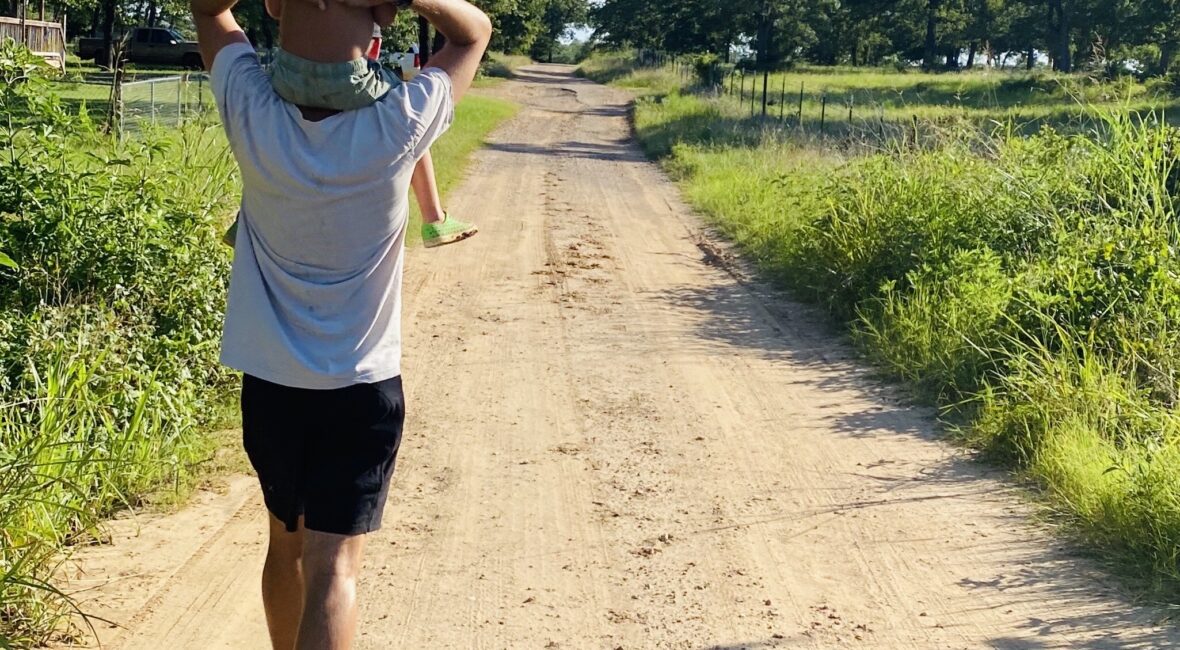 How did Marcus Aurelius become Marcus Aurelius? How did a boy of relatively ordinary bloodlines etch his name so impressively into history? How did a man given absolute power, not only not become corrupted by it, but manage to prove himself worthy of the responsibility?

The answer is simple: The examples he was provided by his own stepfather made him into the person he became.

That’s something worth thinking about today—on Father’s Day—whether you’re a mom, a dad, a son or a daughter.

It wasn’t destiny or fate nor a fancy education that shaped Marcus. In fact, he was homeschooled by his grandparents during early childhood. Around the age of 12, a handful of tutors were selected by the emperor Hadrian, who saw something in the boy. But this was relatively common for the rich in those days. In fact, it’s an eerily similar background to Nero, who as we know, turned out rather differently.

Seneca, years earlier, instructing Nero, had spoken about the need to “choose yourself a Cato,” a model whose life can guide your own. For Marcus that man was Antoninus, a man who according to French philosopher Ernest Renan, Marcus considered “the most beautiful model of a perfect life.”

At some time near the end of his life, Marcus sat down and wrote what he learned from Antoninus. It’s an impressive list, one that we can learn from today in our own lives and more urgently, use to inspire our own children and shape a better future.

Antoninus “honoured those who were true philosophers, and he did not reproach those who pretended to be philosophers, nor yet was he easily led by them.” The study of philosophy is something that lasts a lifetime… and the earlier it begins the better.

2:  To Read And Study Widely

Antoninus had a “liberal attitude to education,” Marcus’ biographer Frank McLynn writes. He thought a person should seek to be useful, “not just masters of their disciplines but also well versed in politics and the problems of the state.” Yet Antoninus was hardly a bookish nerd—he was active and attentive to the world around him. When Marcus talks about throwing away his books and focusing—about being a good man and not just talking about one—it’s Antoninus he is referencing.

Antoninus had a remarkable “unwavering adherence to decisions,” Marcus tells us. “Once he’d reach them,” there was no hesitation, only resolute action. A leader, a father, a human being must be able to decide.

On the emperor Hadrian’s deathbed, he summoned Antoninus. It was time to hand over the crown. Antoninus pushed back. With this “indifference to superficial honors” we’re told, Hadrian was certain he made the right decision in making Antoninus his heir. Marcus said he revered “His restrictions on acclamations—and all attempts to flatter him.” Imagine how powerful this was for Marcus when it came time for him to assume the throne. He saw that power didn’t have to corrupt, and he also knew that he had the power to resist it.

Marcus liked the way Antoninus “listened to anyone who could contribute to the public good.” When historians later credited Marcus for his ability to get the best out of flawed people, they were acknowledging Antoninus’s influence. When Marcus would later talk about being happy to have been proven wrong, this too was a well-formed lesson from his stepfather.

Antoninus was known to keep a strict diet, so he could spend less time exercising and more time serving the people of Rome. Marcus would later talk about rising early, working hard and doing what his nature and job required. That work ethic wasn’t inborn—it was developed. He learned it from example.

7: To Take Care of His Health

We said Antoninus was known to spend less time, not no time, exercising. Marcus praised “His willingness to take adequate care of himself… He hardly ever needed medical attention, or drugs or any sort of salve or ointment.”

Antoninus was “what we would nowadays call a ‘people person’,” McLynn writes. “He felt at ease with other people and could put them at their ease.” Even towards those disingenuous social climbers, Marcus admired how he never got “fed up with them.” This was particularly important for Marcus who appears to have been naturally introverted—his earnest efforts to serve the common good, to be a friend to all? That too was taught.

Antoninus showed Marcus that fortune was fickle. He “carried a spartan attitude to money in his private life, taking frugal meals and reducing the pomp on state occasions to republican simplicity.” Frugality and industry was the only way to guarantee financial security. Marcus said, “Self-reliance, always”—what a lesson for a father to teach a son.

When the plague hit Rome in 165 CE, Marcus knew what to do. He immediately assembled his team of Rome’s most brilliant minds. As McLynn explains, his “shrewd and careful personnel selection” is worthy of study by any person in any position of leadership. But “this, in particular,” Marcus said he learned from Antoninus: the “willingness to yield the floor to experts—in oratory, law, psychology, whatever—and to support them energetically, so that each of them could fulfill his potential.”

11: To Take Responsibility With No Excuses

Hadrian was known for his globe trotting and a tendency to seek some peace and quiet abroad when Rome was particularly chaotic. Other emperors retreated to pleasure palaces or blamed enemies for issues during their reign. In pointed disapproval, Marcus praised Antoninus’ “willingness to take responsibility—and blame—for [the empire’s needs and the treasury].”

12: To Not Lose Your Temper

Antoninus had what all truly great leaders have—he was cool under pressure: “He never exhibited rudeness, lost control of himself, or turned violent. No one ever saw him sweat. Everything was to be approached logically and with due consideration, in a calm and orderly fashion but decisively, with no loose ends.” It’s what Marcus was constantly reminding himself (and what inspired our Daily Stoic Taming Your Temper course). “When you start to lose your temper,” Marcus wrote, “remember: there’s nothing manly about rage.”

“He knew how to enjoy and abstain from things that most people find it hard to abstain from and all too easy to enjoy. Strength, perseverance, self-control in both areas: the mark of a soul in readiness—indomitable.”

These were all lessons Marcus carried with him his whole life. They guided the most powerful man on the planet through many trying times. So much so that he recounted them in his private journal late in life. And we’re still recounting them close to 2,000 years later.

The things you teach your kids will shape their future. And their children’s future. So make sure you’re setting a good example. If your children were to write down what they learned from you on their deathbed, what would they write? You have the ability to shape that everyday. So start, now.