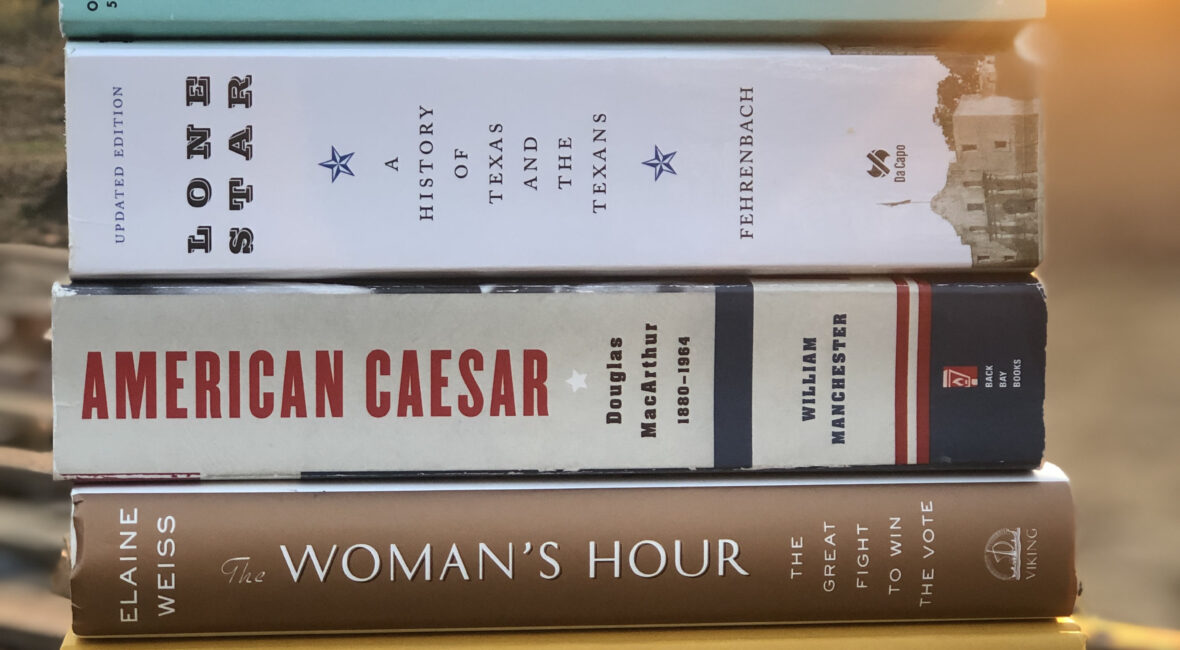 I know that people are busy, and we don’t always have time to read as much as we’d like. Nothing wrong with that (though if you want to read more—don’t look for shortcuts—make more time!). What matters is that when you do read, you pick the right books.

My reading list is now 200,000+ people, which means I hear pretty quickly when a recommendation has landed well. I promise you—you can’t go wrong with any of these.

Range: Why Generalists Triumph in a Specialized World by David Epstein

This is by far the book I have recommended to the most people this year—and it’s the one I have come back to and thought about most. I’ve heard from many important and interesting people in business, sports and politics who have said the same thing. In this well-written and entertaining book, David makes a convincing case for the benefits of generalization and experimentation, particularly early on in one’s career and life (Roger Federer being a great contrast to Tiger Woods). I don’t think I would be a good writer if I had trained in it from childhood—it was the experiences that I had in business, in marketing, as well as in researching that converged to give me a broad range of successful skills. Today, I am a proud multi-hyphenate and believe this book can help you become one too. I will also say that this book also doubly functions as a parenting book and is a must read for anyone with kids.

The Woman’s Hour: The Great Fight to Win the Vote by Elaine Weiss

Last year, one of my favorite books was Stephen Greenblatt’s Tyrant, which somehow, despite being a book entirely about Shakespeare’s plays, manages to open a real window into what is happening politically and culturally right now, all around us. Elaine Weiss has done something similar and much more inspiring—in these chaotic, divisive and polarizing times, her riveting biography of how activists passed the 19th Amendment  (the right for women to vote), shows us how hard and incremental transformational change actually is. It took suffragettes roughly 100 years to win their battle and even then, it nearly didn’t happen. Their fight took real guts, strategy, compromise, and brute force. It took brave women (and men) who put it on the line to make it happen. This wasn’t garbage social media virtue signaling. It wasn’t fait accompli because it was right. It wasn’t made to happen. It was willed into existence…against all sorts of reservations. I wrote this year about how poorly anger works as a political strategy (ironically, it made a lot of people angry). This book makes a better argument than I did and hopefully provides a road map to future generations of people trying to make the world a better and fairer place.

Memoirs of Hadrian by Marguerite Yourcenar

One thing I committed to doing this year was re-reading, specifically re-reading some fiction. I’m so glad I did because it meant getting to dive back into this book, which I loved and enjoyed even more the second time. This novel—it’s written as if it were the memoirs of the Emperor Hadrian speaking to his successor, Marcus Aurelius—is just an utterly beautiful book. Hadrian was complicated, as all people drawn to power are. Yet somehow he managed to identify and cultivate not just one but two heirs who were much better than he was, and for this, all of history owes a debt of gratitude. How did he do it? The message of this novel pretends to know, which makes it perfect for leaders, for parents, and for anyone thinking about their legacy. I can only imagine how much more beautiful the book is in its original French. In any case, if you haven’t read this book, do so. If you have, do it again.

The Second Mountain: The Quest for a Moral Life by David Brooks

What’s the second mountain? It’s what you starting thinking about once you have made it to the top of your field, once you have realized that material success or fame or recognition from your peers is not nearly as satisfying as you thought they would be. For Brooks, the second mountain is where we start thinking less about ourselves and more about other people. It’s the decision to leave Wall Street to move to your hometown and be a part of a community. It’s the choice to start a charity or to go back to school to become a teacher. It’s running for mayor or volunteering in a soup kitchen. To say this book will make you think about your life is an understatement. It will make you question everything in your life. Do read it. I know reading it has greatly shaped what I plan to do in 2020, so stay tuned!

Honorable mentions: I loved David Roll’s George Marshall: Defender of the Republic and I also liked General Mattis’ memoir, Call Sign Chaos. We need more leaders like those two. Cal Newport’s book Digital Minimalism was critical in my design to radically scale back social media use this year and Austin Kleon’s book Keep Going was an inspiration for me as a creative—these two books make a great pair. If you’re interested in the Stoics, I strongly recommend Donald Robertson’s biography of Marcus Aurelius How to Think Like a Roman Emperor. And How To Keep Your Cool, a short selection of important passages from one of Seneca’s greatest works (On Anger), is worth reading for anyone with a temper (that is to say, everyone). I probably got more quotes from Juan Ramon Jimenez’s The Complete Perfectionist than I did from any other book I read this year. Did you know Herbert Hoover wrote a book about fishing in 1963? It’s called Fishing for Fun: And to Wash Your Soul—I loved the subtitle and this short book. I read some epic biographies this year including William Manchester’s biography of Douglas MacArthur and T. R. Fehrenbach’s biography of Texas. These two writers were flawed but undoubtedly masters of their craft. I also really liked Daniel Immerwahr’s book How To Hide An Empire, which is about the “greater” United States. Finally, Susan Orlean’s The Library Book is another classic from one of my favorite journalists. A must-read for any book lover.

Anyway, this is just a sampling of what I read this year. I’m very lucky that I get to read for a living and can afford to go down rabbit holes and read leisurely. If you’re looking to read great stuff in 2020, I think you’ll like everything I recommended. And if you want to become a better reader this year, we’ve come up with a challenge at Daily Stoic that’s perfect for you:

Harry Truman once said that “not all readers are leaders, but all leaders are readers.” It’s true.

To be a great leader you have to have a ceaseless appetite for learning, for self-improvement, for wisdom. The Roman Emperor Marcus Aurelius prized the ability to “read attentively,” and used this skill to reign masterfully over his domain. Reading is the shortest, most established path to total self-improvement. We know intuitively that this is true. The question is: what active steps are we taking toward our better selves, to improve every aspect of our lives, to ensure success? We created the Read To Lead challenge as a way to give you an answer to that question.

« Previous post
A Radical Guide to Spending Less Time on Your Phone
Next post »
What Are Your Rules for Life? These 11 Expressions (from Ancient History) Might Help
Go to mobile version