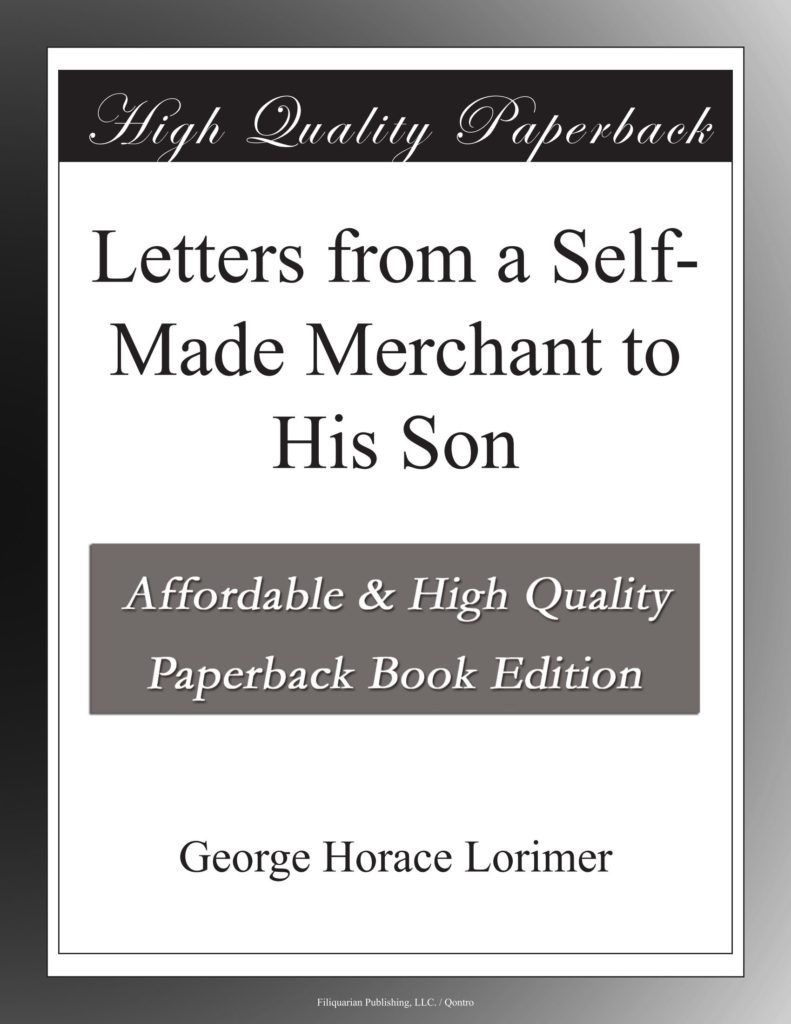 Letters from a Self-Made Merchant to His Son by George Horace Lorimer — It might seem weird to recommend this 100 year old book, but it really is the best business book I’ve ever read. This book is the preserved (fictional) correspondence between Old Gorgon Graham, a self-made millionaire in Chicago, and his son who is coming of age and entering the family business. The letters date back to the 1890s but feel like they could have been written in any era. Honest. Genuine. Packed with good advice. Whether it’s fictional or not, doesn’t really matter.

« Previous post
This Is The Most Important Thing You Can Do Each Morning
Next post »
The Years of Lyndon Johnson by Robert A. Caro
Go to mobile version