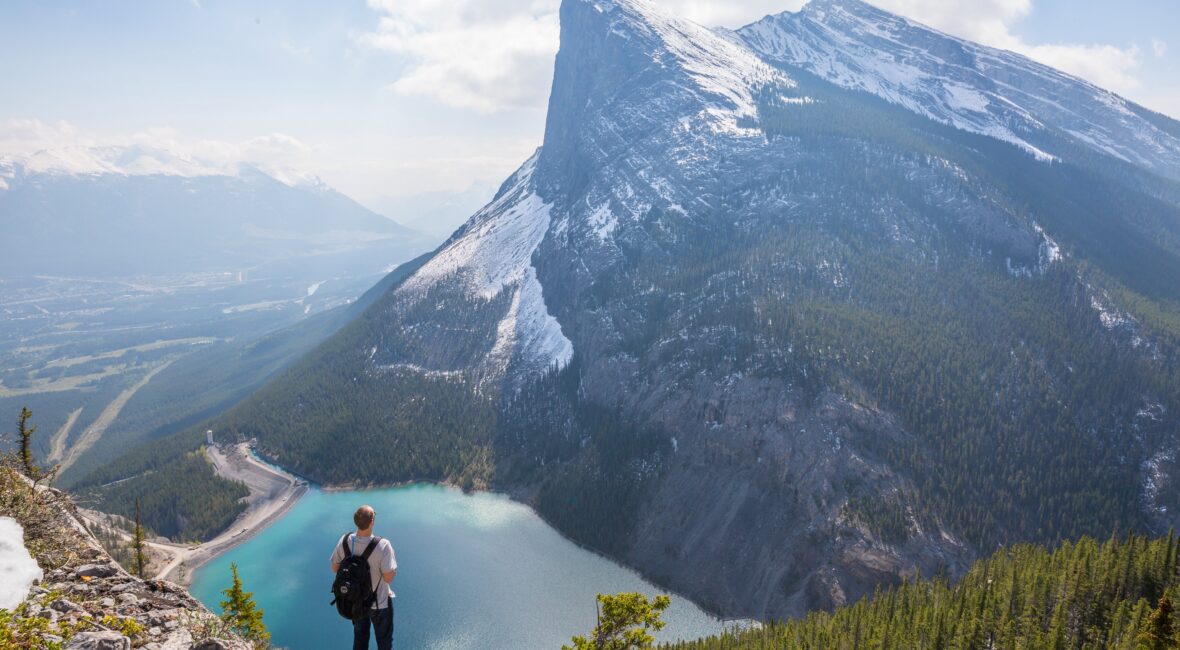 Whatever you’re doing right now, chances are you’d probably rather not be doing it. Even if you’ve got your dream job, it’s very likely that right now you could still be on a conference call you’d rather skip, scheduling some meeting you’re doing as a favor to someone else or dealing with some administrative detail you wish someone else would handle.

Or maybe you’re home from work and you’re picking up around the house. Maybe you’ve got some writing to do and the resistance is setting in. Or you’ve got homework, an application to fill out or someone to fire or need to have difficult conversation with your significant other.

It’s easy to blow these things off. It’s tempting to phone them in. But you can’t.

Long past his humble beginnings, President Andrew Johnson would speak proudly of his career as a tailor before he entered politics. “My garments never ripped or gave way,” he would say.

On the campaign trail, a heckler once tried to embarrass him by shouting about his working-class credentials. Johnson replied without breaking stride: “That does not disconcert me in the least; for when I used to be a tailor I had the reputation of being a good one, and making close fits, always punctual with my customers, and always did good work.”

Another president, James Garfield, paid his way through college in 1851 by persuading his school, the Western Reserve Eclectic Institute, to let him be the janitor in exchange for tuition. He did the job every day smiling and without a hint of shame. Each morning, he’d ring the university’s bell tower to start the classes — his day already having long begun — and stomp to class with cheer and eagerness.

Within just one year of starting at the school he was a professor — teaching a full course load in addition to his studies. By his twenty-sixth birthday he was the dean.

This is what happens when you do your job — whatever it is — and do it well.

These men went from humble poverty to power by always doing what they were asked to do — and doing it right and with real pride. And doing it better than anyone else. In fact, doing it well because no one else wanted to do it.

Sometimes, on the road to where we are going or where we want to be, we have to do things that we’d rather not do. Often when we are just starting out, our first jobs “introduce us to the broom,” as Andrew Carnegie famously put it. There’s nothing shameful about sweeping. It’s just another opportunity to excel — and to learn.

But we are always so busy thinking about the future, we don’t take enough pride in the tasks we are given right now. Too often we phone it in, cash our check, and dream of some higher station in life. Or we think, This is just a job, it isn’t who I am, it doesn’t matter.

Everything we do matters — whether it’s making smoothies to save up money or studying for the bar — even after we’ve already achieved the success we sought. Everything is a chance to do and be our best. Only self-absorbed assholes think they are too good for whatever their current station requires.

Wherever we are, whatever we’re doing and wherever we are going, we owe it to ourselves, to our art, to the world to do it well. That’s our primary duty. And our obligation. When action is our priority, vanity falls away.

An artist is given many different canvases and commissions in their lifetime, and what matters is that they treat each one as a priority. Whether it’s the most glamorous or highest paying is irrelevant. Each project matters, and the only degrading part is giving less than one is capable of giving.

Same goes for us. We will be and do many things in our lives. Some are prestigious, some are onerous, none are beneath us. To whatever we face, our job is to respond with:

We should never have to ask ourselves, But what am I supposed to do now? Because we know the answer: our job.

Whether anyone notices, whether we’re paid for it, whether the project turns out successfully — it doesn’t matter. We can and always should act with those three traits — no matter the obstacle.

There will never be any obstacles that can ever truly prevent us from carrying out our obligation — harder or easier challenges, sure, but never impossible. Each and every task requires our best. Whether we’re facing down bankruptcy and angry customers, or raking in money and deciding how to grow from here, if we do our best we can be proud of our choices and confident they’re the right ones. Because we did our job — whatever it is.

Yeah, yeah, I get it. “Obligations” sound stuffy and oppressive. You want to be able to do whatever you want.

But duty is beautiful, and inspiring and empowering.

Steve Jobs cared even about the inside of his products, making sure they were beautifully designed even though the users would never see them. Taught by his father — who finished even the back of his cabinets though they would be hidden against the wall — to think like a craftsman. In every design predicament, Jobs knew his marching orders: Respect the craft and make something beautiful.

Every situation is different, obviously. We’re probably not inventing the next iPad or iPhone, but we are making something for someone — even if it’s just our own resume. Every part — especially the work that nobody sees, the tough things we wanted to avoid or could have skated away from — we can treat the same way Jobs did: with pride and dedication.

The great psychologist Viktor Frankl, survivor of three concentration camps, found presumptuousness in the age-old question: “What is the meaning of life?” As though it is someone else’s responsibility to tell us. Instead, he said, the world is asking you that question. And it’s our job to answer with our actions.

In every situation, life is asking us a question, and our actions are the answer. Our job is simply to answer well.

Right action — unselfish, dedicated, masterful, creative — that is the answer to that question. That’s one way to find the meaning of life. And how to turn every obstacle into an opportunity.

If you see any of this as a burden, you’re looking at it the wrong way.

Because all we need to do is those three little duties — to try hard, to be honest, and to help others and ourselves. That’s all that’s been asked of us. No more and no less.

Sure, the goal is important. But never forget that each individual instance matters, too — each is a snapshot of the whole. The whole isn’t certain, only the instances

How you do anything is how you can do everything. We can always act right.