Arnold Schwarzenegger on How The Obstacle Is The Way 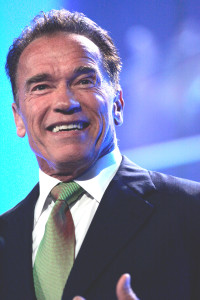 It recently occurred to me that there is one person I don’t feature in The Obstacle Is The Way but easily could have. Because like Rockefeller, Edison, Earhart, and especially Theodore Roosevelt, there is a man who proves and has lived the message pretty clearly: Arnold.

I mean, look at this. Or, if you don’t have time, just listen to his commencement address:

“So let me tell you, as you prepare to go off into the world, remember six rules: Trust yourself, Break some rules, Don’t be afraid to fail, Ignore the naysayers, Work like hell, and Give something back.” – Arnold Schwarzenegger

What Arnold shares with all the figures in the The Obstacle Is The Way is that stoic idea of self-direction, self-discipline, self-mastery. He faced innumerable problems and obstacles in his life—some of which he created for himself, as we know—but what mattered more than that was how he responded.

He saw, as Marcus Aurelius wrote, that the impediment to action can advance action. He saw that the obstacle is the way.

« Previous post
My Creative Secret: Quantity Over Quality — And Commitments
Next post »
The Obstacle Is The Way: Tim Ferriss Audio Edition