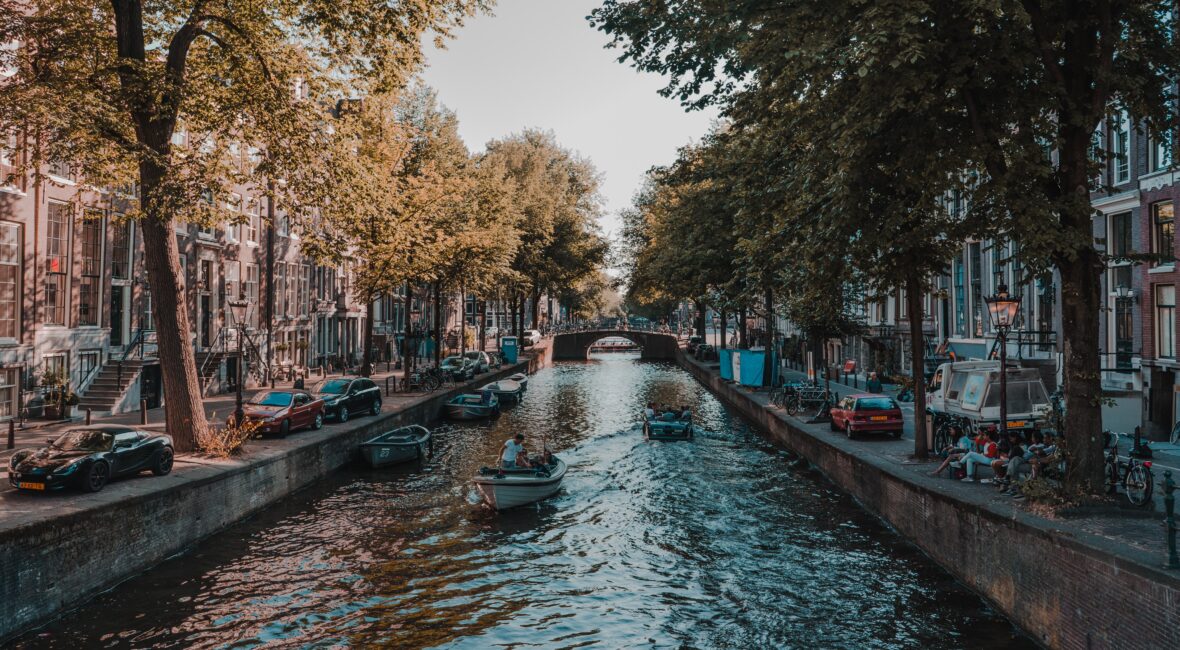 In light of everything that’s going on in this world, I wanted to revisit one of the most important (to me) chapters in Stillness Is the Key.

To see people who will notice a need in the world and do something about it… Those are my heroes. — Fred Rogers

In Camus’s final novel, The Fall, his narrator, Clamence, is walking alone on a street in Amsterdam when he hears what sounds like a woman falling into the water. He’s not totally certain that’s what he heard, but mostly, riding the high of a nice evening with his mistress, he does not want to be bothered, and so he continues on.

A respected lawyer with a reputation as a person of great virtue in his community, Clamence returns to his normal life the following day and attempts to forget the sound he heard. He continues to represent clients and entertain his friends with persuasive political arguments, as he always had.

Yet he begins to feel off.

One day, after a triumphant appearance in court arguing for a blind client, Clamence gets the feeling he is being mocked and laughed at by a group of strangers he can’t quite locate. Later, approaching a stalled motorist in an intersection, he is unexpectedly insulted and then assaulted. These encounters are unrelated, but they contribute to a weakening of the illusions he had long held about himself.

It is not with an epiphany or from a blow to the head that the monstrous truth of what he’d done becomes clear. It is a slow, creeping realization that comes to Clamence that suddenly and irrevocably changes his self-perception: That night on the canal he had shrugged off a chance to save someone from committing suicide.

This realization is Clamence’s undoing and the central focus of the book. Forced to see the hollowness of his pretensions and the shame of his failings, he unravels. He had believed he was a good man. But when the moment (indeed moments) called for goodness, he slunk off into the night.

It’s a thought that haunts him incessantly. As he walks the streets at night, the cry of that woman—the one he ignored so many years ago—never ceases to torment him. It toys with him too, because his only hope at redemption is that he might hear it again in real life and then seize the opportunity to dive in and save someone from the bottom of the canal.

It’s too late. He has failed. He will never be at peace again.

The story is fictional, of course, but a deeply incisive one, written not coincidentally in the aftermath of the incredible moral failings of Europe in the Second World War. Camus’s message to the reader pierces us like the scream of the woman in Clamence’s memory: High-minded talk is one thing, but all that matters is what you do. That the health of our spiritual ideals depends on what we do with our bodies in moments of truth.

It is worth comparing the agony and torture of Clamence with another more recent example from another French philosopher, Anne Dufourmantelle, aged fifty-three, who died in 2017 rushing into the surf to save two drowning children who were not her own. In her writing, Anne had spoken often of risk—saying that it was impossible to live life without risk and that in fact, life is risk. It is in the presence of danger, she once said in an interview, that we are gifted with the “strong incentive for action, dedication, and surpassing oneself.”

And when, on the beach in Saint-Tropez, she was faced with a moment of danger and risk, an opportunity to turn away or to do good, she committed the full measure of devotion to her ideals.

What is better? To live as a coward or to die a hero? To fall woefully short of what you know to be right or to fall in the line of duty? And which is more natural? To refuse a call from your fellow humans or to dive in bravely and help them when they need you?

Stillness is not an excuse to withdraw from the affairs of the world. Quite the opposite—it’s a tool to let you do more good for more people.

Neither the Buddhists nor the Stoics believe in what has come to be called “original sin”—that we are a fallen and broken species. On the contrary, they believe we were born good. To them, the phrase “Be natural” was the same as “Do the right thing.” For Aristotle, virtue wasn’t just something contained in the soul—it was how we lived. It was what we did. He called it eudaimonia: human flourishing.

A person who makes selfish choices or acts contrary to their conscience will never be at peace. A person who sits back while others suffer or struggle will never feel good, or feel like they are enough, no matter how much they accomplish or how impressive their reputation may be.

A person who does good regularly will feel good. A person who contributes to their community will feel like they are a part of one. A person who puts their body to good use—volunteering, protecting, serving, standing up for—will not need to treat it like an amusement park to get some thrills.

Virtue is not an abstract notion. We are not clearing our minds and separating the essential from the inessential for the purposes of a parlor trick. Nor are we improving ourselves so that we can get richer or more powerful.

We are doing it to live better and be better.

Every person we meet and every situation we find ourselves in is an opportunity to prove that.

Some good turns are big, like saving a life or protecting the environment. But good turns can also be small, Scouts are taught, like a thoughtful gesture, mowing a neighbor’s lawn, calling 911 when you see something amiss, holding open a door, making friends with a new kid at school. It’s the brave who do these things. It’s the people who do these things who make the world worth living in.

Marcus Aurelius spoke of moving from one unselfish action to another—”only there,” he said, can we find “delight and stillness.” In the Bible, Matthew 5:6 says that those who do right will be made full by God. Too many believers seem to think that belief is enough. How many people who claim to be of this religion or that one, if caught and investigated, would be found guilty of living the tenets of love and charity and selflessness?

Pick up the phone and make the call to tell someone what they mean to you. Share your wealth. Run for office. Pick up the trash you see on the ground. Step in when someone is being bullied. Step in even if you’re scared, even if you might get hurt. Tell the truth. Maintain your vows, keep your word. Stretch out a hand to someone who has fallen.

Do the hard good deeds. “You must do the thing you cannot do,” Eleanor Roosevelt said.

It will be scary. It won’t always be easy, but know that what is on the other side of goodness is true stillness.

Think of Dorothy Day, and indeed, many other less famous Catholic nuns, who worked themselves to the bone helping other people. While they may have lacked for physician possessions and wealth, they found great comfort in seeing the shelters they had provided, and the self-respect they’d restored for people whom society had cast aside. Let us compare that to the anxiety of the helicopter parents who think of nothing but which preschool in which to enroll their toddler, or the embezzling business partner who is just one audit away from getting caught. Compare that to the nagging insecurity that we feel knowing that we are not living the way we should, or that we are not doing enough for other people.

When the Stoics talk about doing the right thing, know that they are not just advocating for common good. They are thinking of you, too. We should do the right thing not just because it’s right but because if we don’t, it will be impossible for us to respect ourselves. The hardest person to be is the coward or the cheat, for though they get out of doing difficult things, they feel the most shame in the quiet moments when they are alone.

If you see fraud, and do not say fraud, the philosopher Nassim Taleb has said, you are a fraud. Worse, you will feel like a fraud. And you will never feel proud or happy or confident.

Will we fall short of our own standards? Yes. When this happens, we don’t need to whip ourselves like Clamence did, we must simply let it instruct and teach us, like all injuries do.

That’s why twelve-step groups ask their members to be of service as part of their recovery. Not because good deeds can undo the past, but because it helps us get out of our heads, and in the process, helps us write the script for a better future.

If we want to be good and feel good, we have to do good.

There is no escaping this.

Dive in when you hear the cry for help. Reach out when you see the need. Do kindness where you can.

Because you’ll have to find a way to live with yourself if you don’t.

In life, you should always act with the Four Stoic Virtues in mind: courage, wisdom, temperance, and justice. A great way to keep these virtues in mind is Daily Stoic’s Four Virtues medallion. Keep it in your pocket or by your side always, to remind yourself of the importance of these virtues and the need to exemplify them every day.