Below are some lessons from one of my favorite books.

If Cyrus the Great can give us 9 Lessons On Power And Leadership From Genghis Khan, why can’t pithy advice on virtues and manhood be found in the century-old letters of a self-made millionaire? Fortunately, newspaper editor George Horace Lorimer complied all that for us, collecting and publishing the early 1900′s bestseller: Letters from a Self-Made Merchant to His Son 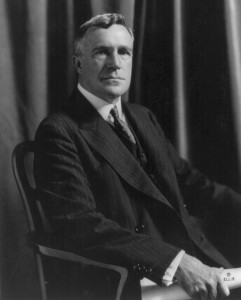 The words may be more than 100 years old, but they feel like they were written just last week. Perhaps that’s because today we have another Graham with us, Paul Graham, self-made millionaire, founder of YCombinator and investor in hot tech start ups from AirBnB to Reddit and Dropbox, who believes that young people should be thoughtful, start start-ups, and be their own boss. His essays have become incredibly popular with entrepreneurs and programmers looking for a different path—the path of self-sufficiency and great wealth. Well, the original John Graham preached the same message, famously reminding ambitious young men that they should: “Mind your own business; own your own business and run your own business.”

His letters, like Graham’s essays, are not only timeless (and completely under-appreciated) classics, but an incisive and edifying tutorial in entrepreneurship, responsibility, and leadership.

“The man who can make up his mind quick, makes up other people’s minds for them. Decision is a sharp knife that cuts clear and straight and lays bare the fat and the lean; indecision is a dull one that hacks and tears and leaves ragged edges behind it.”

“Some men think that rules should be made of cast iron; I believe they should be made of rubber, so they can be stretched to fit any particular case and then spring back into shape again. The really important part of a rule is the exception to it.”

“Always appoint an hour at which you’ll see a man, and if he’s late a minute don’t bother with him. A fellow who can be late when his own interests are at stake is pretty sure to be when yours are.”

“A boy’s education should begin with today, deal a little with tomorrow and then go back to before yesterday. But when a fellow begins with the past, it’s apt to take him too long to catch up to the present.”

“It’s been my experience that when an office begins to look like a family tree, you’ll find worms tucked away snug and cheerful in most of the apples.”

“You can’t do the biggest things in this world unless you handle men; and you can’t handle men if you’re not in sympathy with them; and sympathy begins in humility.”

“About the only way I know to kill a lie is to live the truth. When you credit is doubted, don’t bother to deny the rumors, but discount your bulls.”

“The real reason why the name of the boss doesn’t appear on a timecard is not because he’s a bigger man that anyone else, but because they shouldn’t be anyone around to take his time when he gets down and when he leaves.”

“One of the first things a boss must lose is his temper—and it must stay lost. Noise isn’t authority and there’s no sense in ripping and roaring and cussing around the office when things don’t please you. For when a fellows’ given to that, his men secretly won’t care whether he’s pleased or not. The world is full of fellows who could take the energy which they put into useless cussing of their men and double their business with it.”

Like Carnegie, Vanderbilt, and Rockefeller, Graham’s brand of ambitious self-reliance was unforgiving. But, in what was an incredibly unforgiving time, it’s what people needed. Today, our world — whether you’re an entrepreneur or teacher — is just as unforgiving. So take heed and listen to Old Gorgon Graham.

This post originally ran on Forbes.com and ThoughtCatalog.com. Comments can be seen there.