This Is The Best Career Decision You Can Possibly Make 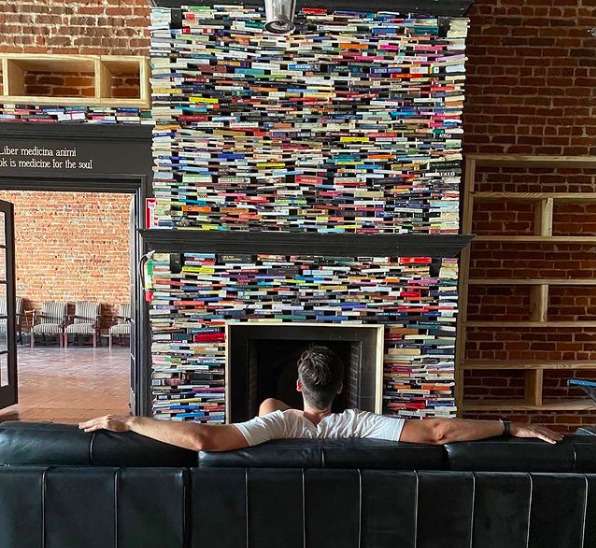 There has never been anyone like us…and there never will be again. We have been given a complete and total monopoly over the business of being us.

Yet what do we do with this rarest of rarities? We give it up! We choose not to be ourselves. We become our own trustbuster.

That’s something I’ve always loved about the Stoics. They were characters. The Stoics were not afraid to be themselves, to be seen as weird. Epictetus tells us about the Stoic Agrippinus being asked why he was so difficult, why he couldn’t just conform to the same practices as everyone else. “I want to be the red, that small and brilliant portion which causes the rest to appear comely and beautifully…’be like the majority of people?’ And if I do that,” Agrippinus liked to answer, “How shall I any longer be the red?”

Sure, being ‘red’ got Agrippinus into trouble. It also made him great. It made him one of the only people who actively resisted the tyranny and injustices of Nero’s regime. It made him famous for all time.

Peter Thiel has said before that the only kind of business worth making is one where you can have a monopoly. The profits, he said, are in owning an entire market. So it goes with ourselves as individuals. You want to be just another investment banker? You want to be another business writer publishing the same boring books that quote the same boring studies with the same bland covers fighting for spots at the same bland conferences?

When my wife and I decided to open a bookstore, I bought a course from a bookstore consultant. One of the first things they told me was we’d have to carry at least 10,000 titles. That’s what the average indie bookstore carries. It was, as far as I could tell, an unques­tioned assumption in the business.

Naturally, the first thing we did was the opposite of that. At the Painted Porch, we carry roughly 600 titles. The vast majority of them are not new, or even particularly famous. But they are books we have loved over the years.

It was one of the best decisions we made–both personally and professionally. Not only did this make it cheaper and easier to run the bookstore, it makes us stand out. The store reflects who we are. If people want a specific book, they go to a certain trillion-dollar e-commerce behemoth. If people want to discover new books and have a unique experience, they come to us. There are a lot of bookstores in the world, but there are none like ours.

The Stoics had a head for business in that way. Two thousand years before Peter Thiel said that, “competition is for losers,” Epictetus quipped that, “You can always win if you only enter competitions where winning is up to you.”

When you’re the fortieth Indian restaurant in town, your chances of success are dependent on so many things that are outside your influence: how good the other restaurants are, who gets the best location, whether the critic at the local paper likes your biryani. The margins of victory are likely to be small, even if you do get lucky, because the spoils are split between so many competitors. Worse still, if your success and happiness are dependent on winning that kind of difficult contest and you don’t win, you have set yourself up to be a double loser.

It’s far better then, if you were to launch a restaurant, to come up with something totally new, or to create a new kind of dining experience for which you can have a monopoly (there is a wonderful book on this called Blue Ocean Strategy). Where the contest is not with other people, but with being the best version of yourself. It’s better still that you so enjoy this endeavor that your happiness comes from the process and the pursuit itself, rather than the outcome. In this way, you’re set up, if not guaranteed, to be a double winner.

Too many people pointlessly enter contests where the outcome is dependent on forces outside their control. They think it’s safer to be like everyone else…when in fact, what they’re really doing is hiding themselves in the chorus, protecting themselves from judgment. They’re less likely to be singled out and laughed at, sure, but they’re guaranteeing that they’ll never really be noticed or appreciated. Theirs becomes the Indian restaurant that will never be great, but it will never be closed. That is the best you can expect when you’re not playing to win…you’re playing not to lose.

How sad that is. What a waste of their uniqueness.

Staying with that forever doesn’t necessarily mean you’ll be the biggest or most popular thing in the world. But it does mean you’ll have a monopoly. And that you’ll always be a winner.

The wise, whether it’s an Epictetus or a Peter Thiel, know that the better contest is with yourself. They know the best route to success is to be yourself.

And to stay that way forever. For a limited time, InsideTracker is offering a FREE ebook: The Top 5 Biomarkers for Longevity, plus 20% off the entire InsideTracker store! Head on over to insidetracker.com/RSS to get started!