These Are 23 Great Rules To Be A Productive Creative 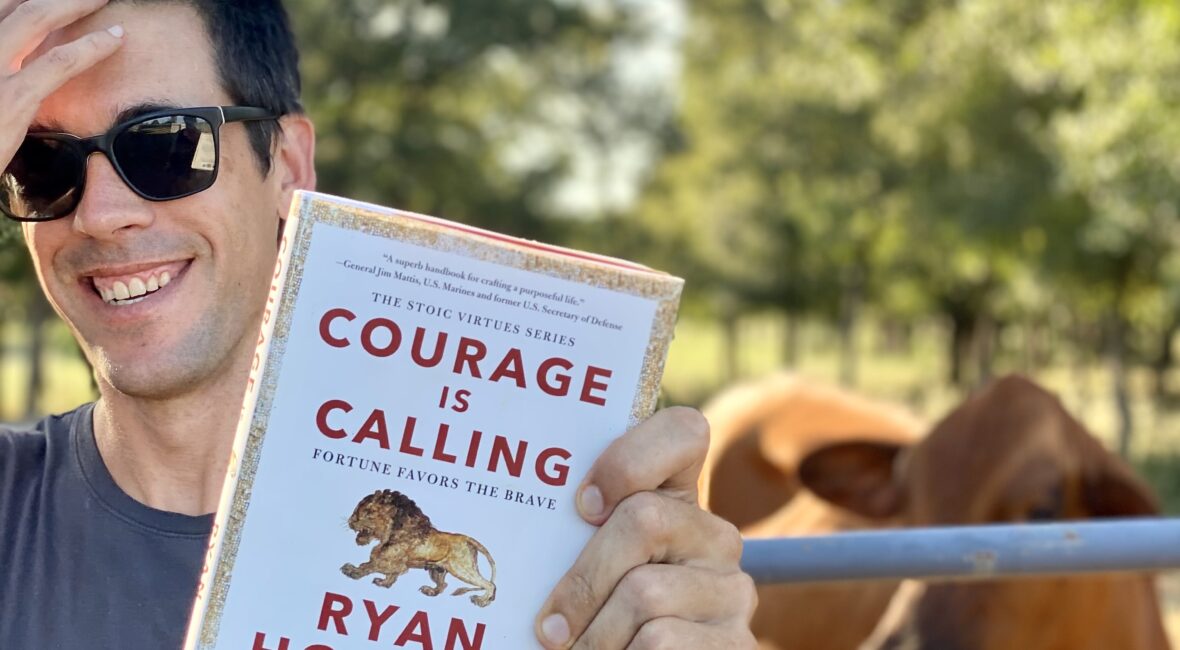 Yesterday, I announced on Instagram that my newest book, Courage is Calling: Fortune Favors The Brave, is available for preorder. It will be my 12th book in 10 years, and so there were a bunch of comments from people who wondered how I was able to get another one done so quickly.

How do you write books faster than I read them?

What’s your secret to writing so many books?

The answer is that I have a system, a process that helps me be productive. It’s not my system exactly, as I’ve taken many strategies from the greatest writers to ever do it. Although I talk about the creative process at length in my book Perennial Seller (which for some reason is currently $1.99 everywhere you get your ebooks), I thought I would detail some of my rules that I follow as a writer. I think they can help anyone be more productive.

A book is made of books. “The greatest part of a writer’s time is spent in reading; a man will turn over half a library to make one book,” Samuel Johnson said. As I was putting together the bibliography for Courage, I counted something like 300 books I was directly sourcing from.

The bulk of the work is researching—collecting stories, anecdotes, and data to marshal your argument. The writing is stringing those pieces together. I’ve found stuff I’ve used in in-flight magazines, discovered snippets on social media, even heard things mentioned on TV. As Shelby Foote put it in an interview with The Paris Review: “I can’t begin to tell you the things I discovered while I was looking for something else.”

[3] Put good advice where you work

Print and put a couple of important quotes up on the wall to help guide you (either generally, or for a specific project). When I was working on Ego is the Enemy, I had this quote from Machiavelli on the wall to inspire its style and ethos: “I have not adorned this work with fine phrases, with swelling, pompous words, or with any of those blandishments or external ornaments with which many set forth and decorate their matter. For I have chosen either that nothing at all should bring it honor or that the variety of its material and the gravity of its subject matter alone should make it welcome.” I have another quote that I put up for this book from Martha Graham: “Never be afraid of the material. The material knows when you’re frightened and will not help.”

I turn in a book proposal for my next book before my latest one comes out. When I have a commitment that I know I have to meet, Resistance doesn’t have the time or space to creep in. Right now I am on a book year path for the next four years. It keeps me honest and keeps me working. Meet deadline, or death.

Success requires greater investment in the creative process. Pay for professional help. There’s that saying: if you think pros are expensive, try hiring an amateur.

[6] Have something to say

“To have something to say,” Schopenhauer said, “by itself is virtually a sufficient condition for good style.”

Thucydides had Herodotus. Gibbon had Thucydides. Shelby Foote had Gibbon. Every playwright since Shakespeare has had Shakespeare. Everyone has a master to learn from. For me, it’s been Robert Greene

You don’t “find the book as you write.” You have to do the hard work of solving the problem first. You have to figure out the best route, too. One of the best pieces of writing advice I ever got was to–before I started the process–articulate the idea in one sentence, one paragraph and one page. This crystallizes the idea for you and guides you—Nassim Taleb wrote in Antifragile that every sentence in the book was a “derivation, an application or an interpretation of the short maxim” he opened with.

[9] Focus on What You Control

As Epictetus says, there’s some stuff that’s up to us, some stuff that’s not. The work is up to you. Everything else is not. If you’re in this for external rewards, god help you. A Confederacy of Dunces was rejected by publishers. After the author’s suicide, it won the Pulitzer. People don’t know shit. YOU know. So love it while you’re doing it. Success can only be extra.

You need what the strategist and theorist John Boyd called the “draw-down period.” Take a break right before you start. To think, to reflect, to let things settle. I started Courage is Calling on my birthday, but not before I took an extended period of just thinking.

[11] Listen to the same song on repeat

I’ve found that picking one song—usually something I am not proud to say I am listening to—and listening to it on repeat, over and over and over again is the best way to get into a rhythm and flow. It not only shuts out outside noise but also parts of my conscious mind I don’t need to hear from while I’m writing.

One of the best rules I’ve heard as a writer is that the way to write a book is by producing “two crappy pages a day.” It’s by carving out a small win each and every day—getting words on the page—that a book is created. Hemingway once said that “the first draft of anything is shit,” and he’s right (I actually have that on my wall as a reminder).

[13] Don’t let the tools distract you

Great artists work. Mediocre artists talk a lot about tools. Software does not make you a better writer. If classics were created with quill and ink, you’ll probably be fine with a Word Document. Or a blank piece of paper. Don’t let technology distract you. Helen Simpson has “Faire et se taire” from Flaubert on a Post-it near her desk, which she translates as “Shut up and get on with it.”

[14] Get some strenuous exercise every day

I can’t tell you how many times I’ve thought of a great line or solved an intractable writing problem while running or swimming. Exercise is also an easy win every day. Writing can go poorly, but going on a run always goes well.

[15] Write about the things you’re afraid to talk about.

James Altucher has a great rule that I have stolen: write what you’re afraid to say. If your stuff isn’t scaring you, you’re not pushing yourself enough.

Each morning, I journal in three small notebooks. The whole ritual takes 15 minutes and by the time I am finished, I am centered, I am calm and most importantly, I am primed to do my actual writing.

Don’t talk about projects until you’re finished. Save that carrot for the end. Talking and doing fight for the same resources.

Hemingway advised fellow writer Thomas Wolfe “to break off work when you ‘are going good.’—Then you can rest easily and on the next day easily resume.” Brian Koppelman has referred to this as stopping on “wet edge.” It staves off the despair the next day.

[19] Make something that does a job

My editor Niki Papadopoulos once told me, “It’s not what a book is. It’s what a book does.” This is why musicians follow the “car test” (how does the song sound in a car driving down the highway). It’s just about whether you like it…but about what it does for the people buying it.

This was Ogilvy’s rule: “Never use jargon words like reconceptualize, demassification, attitudinally, judgmentally. They are hallmarks of a pretentious ass.” The other one I like is: “Never use two words where one will do.”

When you get stuck, talk the ideas through with someone you trust. As Seth Godin observed, “no one ever gets talker’s block.”

Thomas Mann described a writer as “someone to whom writing does not come easy,” he was putting it lightly. Walker Percy said “that writing is like suffering from a terrible disease for a certain period of time. Then when you finish you get well again.” That’s why there is the old saying: Painters like painting. Writers like having written.

If all you do after reading this is start asking more often, “How can I use this to my advantage?”—your creative output will not only get better, your life will too.

I hope some of these help you become more productive, and if you want to really take your creative process to the next level, I do recommend my book Perennial Seller. As I said up top, the ebook is currently $1.99—I don’t know if it will ever be cheaper than that.

And if you have gotten anything out of my writing over the years, I’d love for you to consider picking up my new book, Courage is Calling: Fortune Favors the Brave. I’m confident it’s one of my best and I think the blurbs and early reviews already hint that it is. Academy Award Winning Actor Matthew McConaghey called the book an “urgent call to arms for each and all of us.” General Jim Mattis called it “a superb handbook for crafting a purposeful life.” And Classics Professor Shadi Bartsch wrote that it’s “a heartfelt and passionate book.”

To make it worth your while, we’ve put together a bunch of cool preorder bonuses—among them is something I’ve never given away: a signed and numbered page from the original manuscript of the book. You can learn more about those and how to receive them over at dailystoic.com/preorder