This Thing Predicts Everything 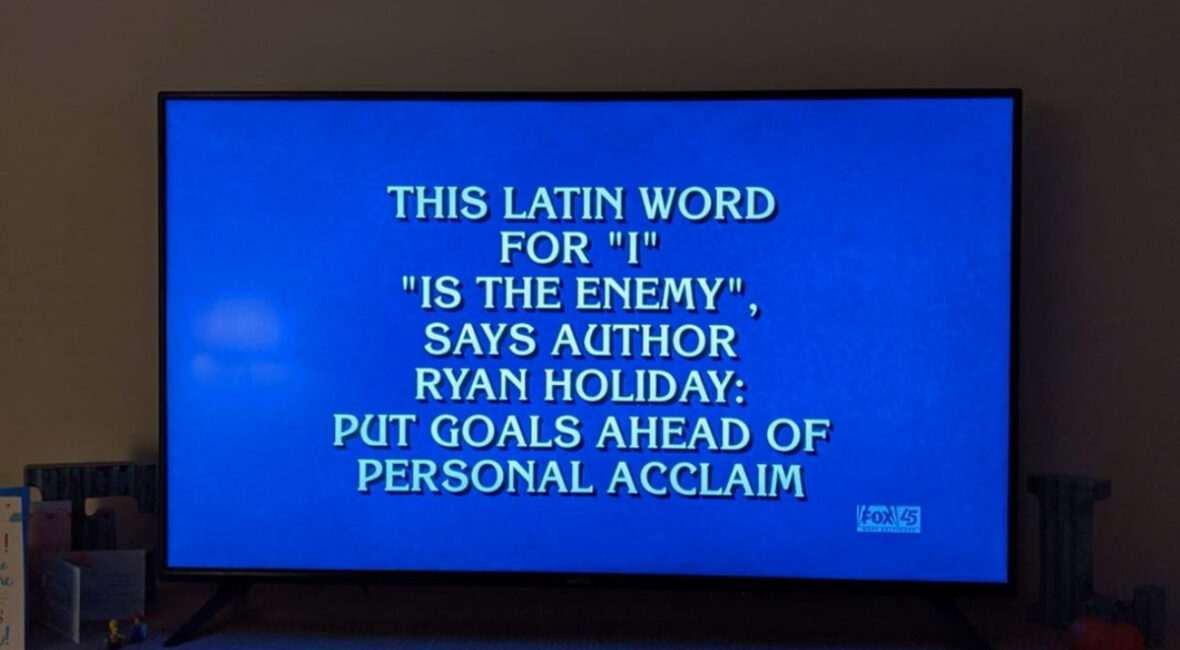 Something went wrong for Kyrie Irving in Cleveland, despite three trips to the Finals and one championship.

Then, what could have been a great team fell apart in Boston.

So far, Brooklyn has been a dud. One coach has already been driven away. Now the most recent, just hired, is already being set up to fail, with heavy handed assertions about who is actually in charge.

Who could have seen this coming?

Well, Kyrie could have… by looking in the mirror.

Indeed, just about any casual observer knows what to expect at this point.

The secret is explained by an old Greek saying, popular with the Stoics: ἦθος ἀνθρώπῳ δαίμων.

Not simply that good people do well and bad people fail—we know life is more complicated than that. The proverb means that character traits predict the kind of actions we’ll see.

The selfish person may succeed… but it will be a lonely, isolated success. The corrupt will end up corrupting the institutions and people around them. The ignorant will end up missing some critical piece of information that costs them. The paranoid will create the enemies they worry are out to get them. The egotistical will ignore the warnings that could have saved them.

Who we are, what we believe, the standard we hold ourselves to, the things we do regularly, our personality traits—ultimately these are all better predictors of the trajectory of our lives than talent, resources, or anything else.

Kyrie is, from all reports, sweet and serious and often generous. It’s just also not surprising that a guy who at one point believed the world was flat—despite literally all evidence and information to the contrary—would be a difficult guy to coach. The impulse that broke apart a relationship with the maybe greatest basketball player of all time is not a singular one, it’s one that will repeat itself again and again.

What should surprise us is how many people failed to see this, or managed to convince themselves that it would be different this time.

It’s a phenomenon we see play out in the market, in politics, in relationships all the time. We want to see the best in someone, so we ignore the obvious. We really want something, so we deny the contrary evidence or the risk factors. Sports is such a great example of this, Antonio Brown being the most recent bit of proof.

When people show you who they are, Maya Angelou said, believe them.

But we don’t… and it bites us in the end.

I remember at American Apparel being amazed that these financiers kept giving the company money, expecting it to be different, thinking that their investment would be the lone exception, believing the CEO when he explained that he’d changed. At the same time, I stayed longer than I should have, because I often blamed fate or circumstances for problems at the company that were, in retrospect, obviously rooted in character and cultural flaws. I kept my stock longer than I should have, too…and it cost me.

It was funny, I was right in the middle of researching Ego Is the Enemy and I didn’t quite get it. But Cyril Connolly was correct: Ego sucks us down like the law of gravity.

But it’s important that we don’t use this rule just to judge other people.

As Seneca said, the purpose of philosophy was to scrub off your own faults, not the faults of others.

The bad news is we are all like Kyrie. The good news is we also have the ability to determine our own character—to address our traits and change them—and therefore chart the course of our destiny.

The answers to these questions influence more than just whether you’re pleasant to be around. If you get them correct, you’ll be resilient, reliable, adaptable; you’ll learn, you’ll grow, you’ll be able to collaborate with others. If you get them wrong, you’ll be fragile, stupid, and selfish, incapable of integrating feedback, shifting course or generating sympathy.

One gives you a chance at success. One guarantees—on a long enough timeline—that you’ll fail.

Quite possibly in a catastrophic way.